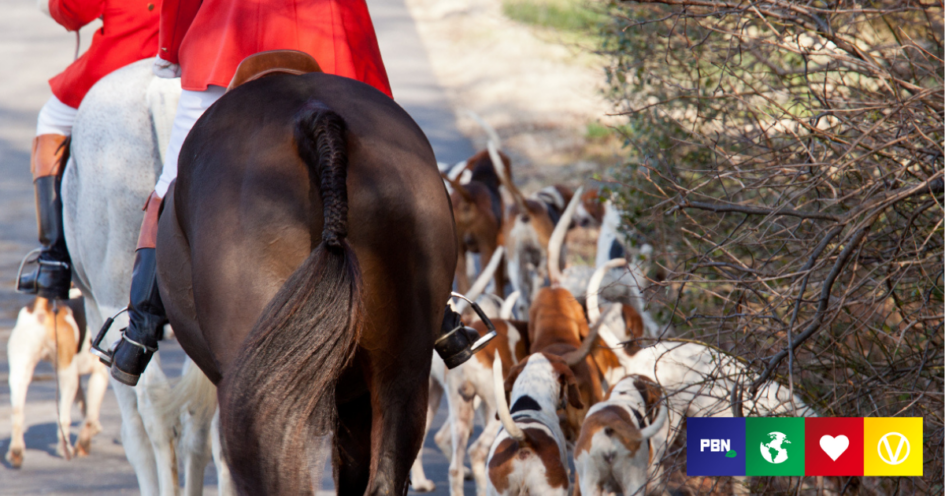 Top huntsman Mark Hankinson has been found guilty of encouraging illegal fox hunting in a series of private webinars.

Hankinson is director of the Master of Foxhounds, which represents 170 foxhounds nationwide.

The 60-year-old was fined £1,000 when Westminster Magistrates Court found him guilty and ordered him to pay a further £2,500 in legal costs.

“In my judgement he was clearly encouraging the mirage of trail laying to act as cover for illegal hunting,” Deputy Chief Magistrate Tan Ikram said.

They added: “I am sure that the defendant through his words was giving advice on how to illegally hunt with dogs,” the BBC reports.

It came following the leak of a series of private webinars last year. Here, he discussed hunting with 100 senior figures – in what the prosecution described as giving advice on how to avoid the law.

During the trial, clips from the webinar were played.

One of them includes Hankinson saying: “If you’ve got saboteurs out with you in any shape or form we need to have clear, visible, plausible trail laying being done throughout the day.

“It’s a lot easier to create a smokescreen if you’ve got more than one trail layer operating.”

As a result of the verdict, the Master of Foxhounds is reportedly launching an investigation.

Chairman Andrew Osborne said: “We will be setting up a review which will be conducted to ensure that hunts are in a position to offer reassurances to all landowners. And, other stakeholders that hunts are operating within the law.”