Mary Berry Challenged To Go Vegan Ahead Of TV Show 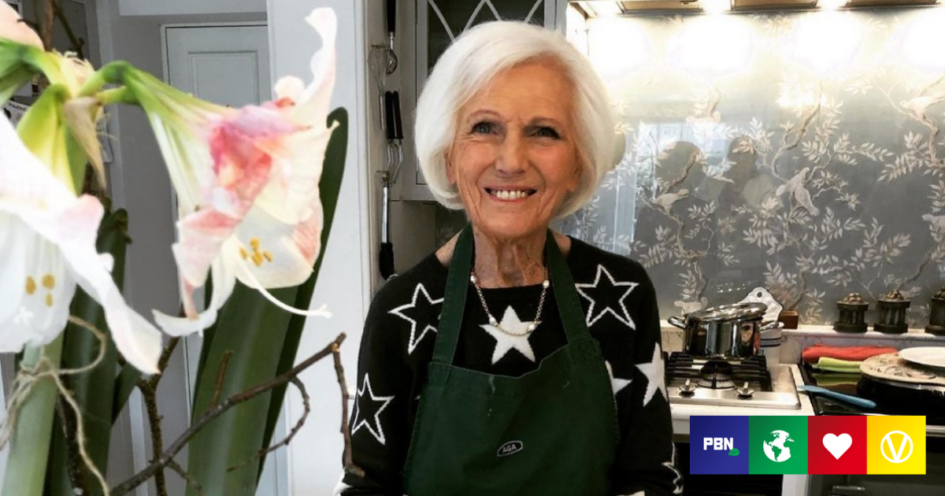 British national treasure and Bake Off legend, Mary Berry, has been encouraged to go vegan on her new TV show.

The 86-year-old chef and author brought vegan food company One Planet Pizza aboard Love to Cook, to help her cook up a vegan feast.

The food writer is best known for leading the judging panel on The Great British Bake Off, after a successful sixty years in the food industry.

This month, founders of One Planet Pizza, father and son Mike and Joe Hill, joined Berry to show her how to cook BBQ pulled jackfruit and tofu scramble.

Speaking on the big screen debut, Joe Hill said: “Mary Berry is such an icon.

“She has been teaching Britain to make delicious dishes for over six decades.

“She said she had lots of plant-based foods in her pantry. And, seemed keen to add vegan dishes to her repertoire. So, it seemed like a good time to challenge her to go vegan. And, encourage the rest of the country to follow suit to help tackle climate change.

“Who knows – maybe they’ll be a vegan spin-off soon!”

One Planet Pizza feature in the show’s second episode, which is available to watch on BBC iPlayer here