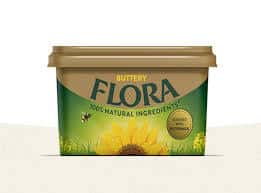 “By adding milk we are able to increase capacity, save costs and reduce the amount of food waste,” a spokesperson for Pringles told one customer, as reported in Vegan Food UK. But many Pringles fans have been unconvinced, calling the move a “massive step back”.

Unnecessary use of animal products

While a huge number of brands are adapting their product lines to be more vegan-friendly, a minority are doing the opposite, adding animal-derived ingredients into previously vegan products. Last year, Upfield — which describes itself as a plant-based company — attracted backlash after adding milk back into its Flora Buttery spread.

Other companies have been criticised for continuing to use unnecessary animal ingredients, or launching supposedly “plant-based” products that are not vegan. Despite campaigning, many Kellogg’s cereals are not vegan due to the use of animal-derived vitamin D that could easily be replaced with a plant-derived alternative. And Peperami’s meatless option, Vegerami, which it launched over the summer, is not vegan as it contains egg.

Several restaurants have also launched meat-free menu items which, while made with products such as Beyond Meat, are not vegan due to the addition of cheese or other animal products. But while it seems strange that these companies are launching supposedly “plant-based” products that actually exclude plant-based eaters, the overall trend is still towards more and better vegan options.