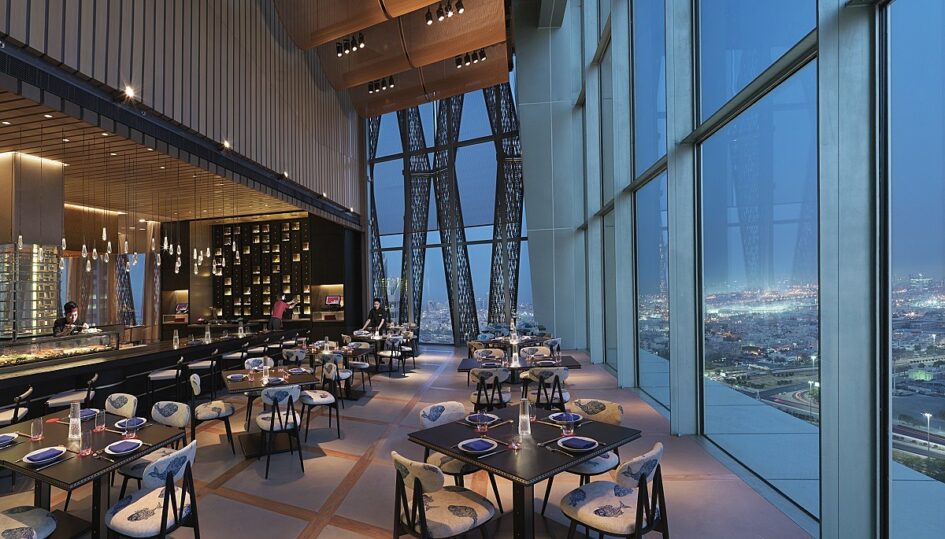 Celebrity chef Matthew Kenney is bringing his high-end plant-based cuisine to two new Four Seasons Hotels, expanding his concept of a menu within a menu from LA and Bahrain to Kuwait. Through an innovative concept called “Folia,” Kenney will unveil a completely plant-based menu at two more Four Seasons restaurants, Dai Forni and Sinotoho.

Folia – Latin for “from the leaves”  – is a collaborative launch that allows restaurant-goers at these upscale eateries to sample fine dining that is all plant-based. Kenney’s partner in the venture is Prince Khaled bin Alwaleed, the Saudi Royal family member who invests globally in plant-based businesses through KBW Ventures and is particularly committed to expanding plant-based offerings throughout the Middle East.

“The Folia concept for Four Seasons is an incredibly exciting moment in the transition to a more sustainable future,” Kenney said. “Creating menus that are seamlessly interwoven into the fine-dining that already exists at the property is a project that we enjoy, and to be working with the team in Kuwait is a dream come true.”

Kenney launched Folia with the help of Prince Khaled to bring exciting plant-based dishes to some of the world’s most renowned restaurants internationally. The Four Seasons Hotel Kuwait – located in the Burj Alshaya in Kuwait City – will provide diners the option to eat entirely plant-based dishes innovated by Kenney and his team. The menus will include completely vegan appetizers, entrees, and desserts.

The Four Seasons Kuwait will be the fourth hotel to incorporate the Folia menu, following successful partnerships with the hotel’s Los Angeles, Dubai, and Bahrain. Prince Khaled – a vocal environmental activist and plant-based advocate – is helping promote plant-based eating throughout the Middle East.

In recent years, Prince Khaled has invested in companies that facilitate plant-based and sustainable food choices in the Middle East. The Folia announcement comes in the days leading up to Prince Khaled speaking at a pre-event for the Middle East Agri-Food Summit that will take place Monday, September 27th.

“KBW Ventures is thrilled to see Folia so heartily welcomed by Four Seasons Hotel Kuwait, after the menu’s warm reception in neighboring UAE and Bahrain,” Prince Khaled said in a statement. “I’m especially pleased to see another GCC [Gulf Cooperation Council] country partner up to present this delicious and healthy dining experience.

Folia will be a menu within a menu, offering plant-based at different restaurants

Sintoho’s regular menu features a diverse selection of Asian cuisine and is rapidly becoming one of the most popular restaurants on the Kuwait food scene. The Folia menu will expand on Sintoho’s offerings, presenting vegan options including the Spicy Soba Noodles. Beyond that, Kenney’s plant-based menu will provide customers with an exciting dessert menu that will include a Raw Banana Cream Pie made with coconut cream instead of dairy.

The hotel’s General Manager Didier Jardin welcomed the Folia concept with enthusiasm, believing that more guests desire a plant-based option each year. The hospitality professional believes that more guests will be excited to try this innovative and sustainable menu.

“I am excited to be launching these outstanding plant-based menus because it sends such a positive signal to our much-valued diners,” Jardin said. “We have the privileged position of operating restaurants in a part of the world where our clientele is sophisticated and very aware of new trends in the dining industry, so it gives me great pride knowing that we are evolving our product to meet changing needs of our much-valued guests.”