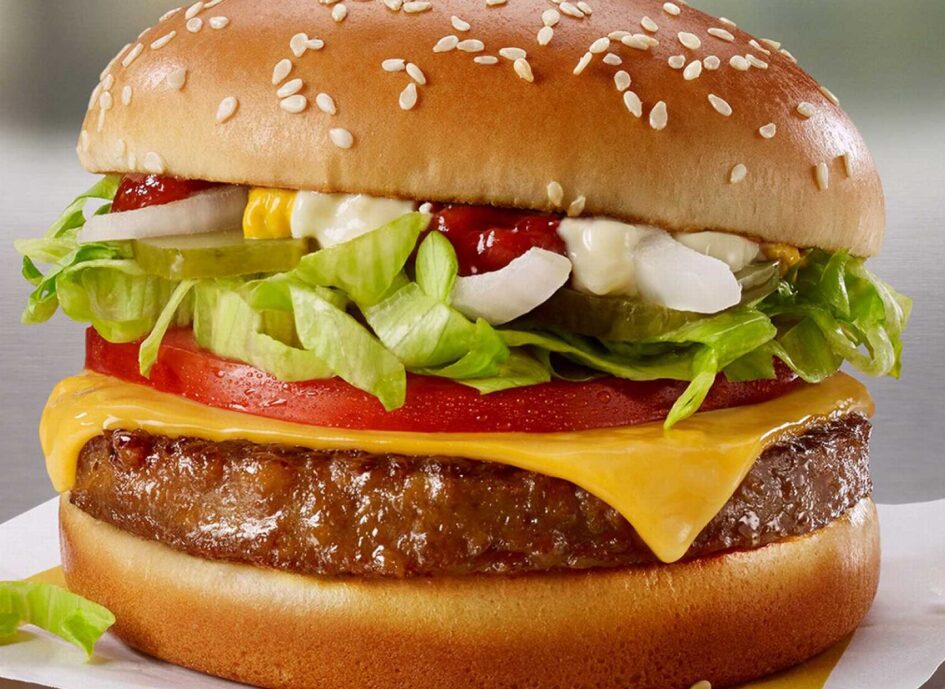 Finally! McDonalds announced it would launching vegan burger McPlant in all its restaurants across the UK.

Priced at £3.49, the McPlant is cooked in the oven rather than on the grill, and it is certified by the Vegan Society. You can also get one for £4.89 as part of a meal with chips and a drink. The prices may vary between restaurants.

The sandwich is modelled on a Quarter Pounder Deluxe and contains 420 calories. McPlant is made with a plant-based burger from Beyond Meat, served with vegan cheese, plant-based sauce, lettuce, onion, tomato, pickles, ketchup, and mustard.

The fast-food giant said it spent three years trying to find the best plant-based cheese for a vegan sandwich.

The food developers at McDonald’s tried “hundreds” of options worldwide but decided to work with their dairy supplier Kerry Foods to create a plant-based cheese made from pea protein. The company also developed their own plant-based sandwich sauce.

“We wanted to create the perfect build, with the same flavours, textures, tenderness and succulence of a traditional meat-based burger,” a spokesperson said.

“It took us longer [than other brands] because we needed to get the consistency right. Customers expect a certain taste when they visit McDonald’s.

“The build is really important – even how we stack ingredients together has an effect on the experience.

“Covid also delayed things, because we have to assign dedicated space in kitchens to ensure the burger is vegan-approved.”

Vegans who live in the Midlands will be the first lucky ones to try the new vegan burger. The McPlant sandwich will be available in 10 restaurants in Coventry from September 29 and in other 250 stores in October, while launching in all the locations across the UK from January 1 2022 – just in time for Veganuary.

McPlants will be available in Glasgow from October 13 at selected McDonald’s restaurants: