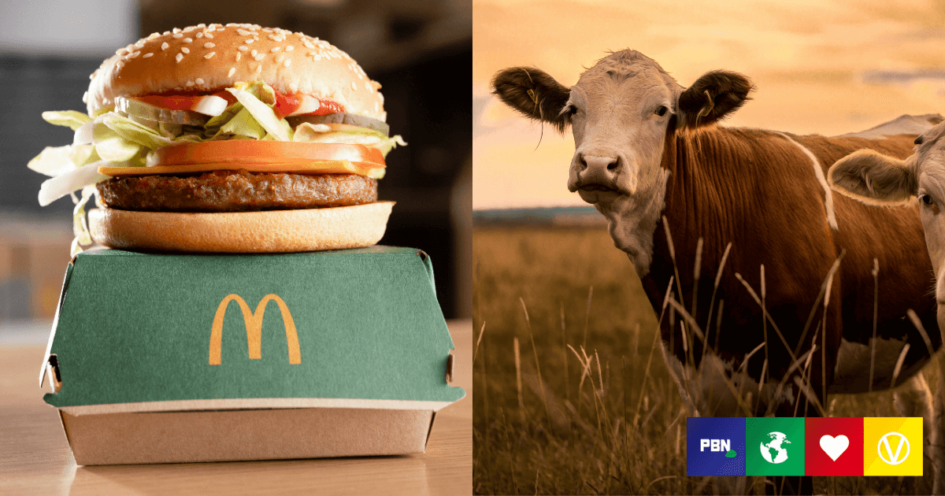 McDonald’s Corp has announced plans to significantly decrease the amount of plastic in its Happy Meal toys.

The move could have a far-reaching impact, given that the fast food giant hands out more than 1 billion children’s toys every year.

The company will introduce more recycled and plant-based plastics into its designs. For instance, a plastic superhero figurine would instead be made of a dozen cardboard pieces for children to assemble themselves.

This will result in a 90 percent drop in virgin fossil fuel-based plastic for Happy Meals, compared to 2018. For context, that’s roughly the same impact of the population of Washington, DC (nearly 700,000 people) not using any plastic for a year, McDonald’s said.

The updates have already commenced, and will be rolled out to more than 100 countries by the end of 2025.

But not everyone is applauding the announcement.

The Center for Biological Diversity, a non-profit working to protect endangered species, responded to the news on Twitter

“McDondald’s needs to stop nibbling around the edges of sustainability and go much further than plastic-free toys,” the charity wrote.

Stephanie Feldstein, the charity’s Population and Sustainability Program Director, stated: “McDonald’s serves billions of burgers a year, with massive consequences for our climate. According to the company’s own records, beef is responsible for 29 percent of its carbon footprint.”

Researchers have repeatedly pinpointed beef as one of, if not the most, destructive foods on the planet. In 2019, Oxford researchers conducted an analysis of farming’s impact on the planet – the largest study of its kind.

They found that producing a kilogram of beef emits 60kg of CO2 equivalents. In contrast, peas – a widely used protein source in vegan meat production – generates just 1kg per kilogram of food.

Feldstein continued: “If McDonald’s really wants to create sustainable change, it can’t stop at plastic-free toys. The company needs to overhaul its menu, put the McPlant in every restaurant and reduce the amount of beef it serves too.”

Earlier this month, McDonald’s UK debuted its first plant-based burger, the McPlant. It features Beyond Meat, which uses pea protein to produce its patties. Further, it costs the same as McDonald’s renowned Big Mac burger.