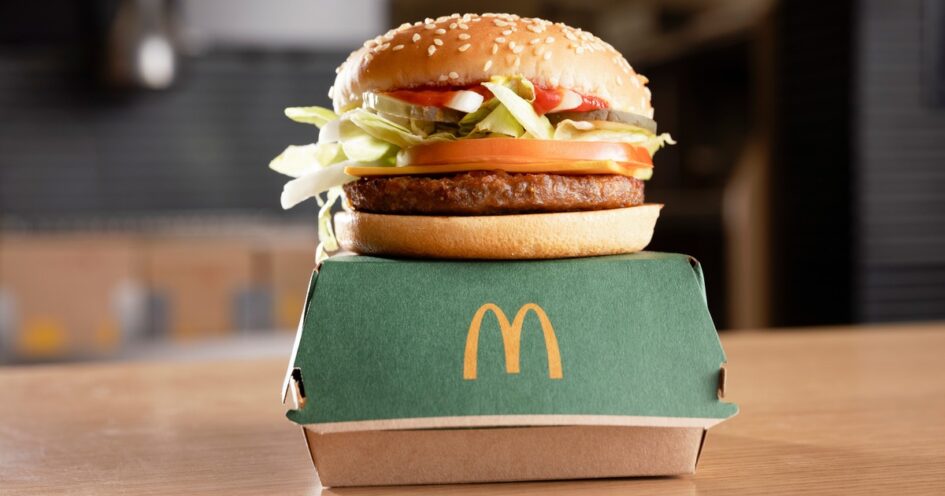 International chain McDonald’s is looking to become a market leader in vegan fast food at its United Kingdom and Ireland stores by 2025. The goal is part of its mission to become a net-zero business in the region by 2040 and globally by 2050. The new climate commitments are part of McDonald’s UK & I’s Plant for Change initiative which will result in a number of sustainability-oriented improvements in four key areas: Planet, People, Restaurants, and Food.

“McDonald’s has a long history of taking action where it really matters to the communities we serve,” McDonald’s UK & I Chief Executive Paul Pomroy said in a statement. “But we are at a moment now where we need to accelerate our ambition and work even harder to look after each other and the planet.”

McDonald’s UK & I has already made other changes to improve its sustainability metrics, including ​​using only renewable electricity in its restaurants, turning cooking oil into fuel for its delivery trucks, and rolling out electric vehicle charging stations. By 2024, McDonald’s UK & I will ensure that customer packaging is made from renewable, recycled or certified sources, and is designed to be recyclable or compostable. The Happy Meals at Mcdonald’s UK & I now only contain a soft toy, book, or paper-based toy, removing over 3,000 metric tons of plastic from circulation. McDonald’s is also recycling more than one million Happy Meal toys to create children’s playgrounds across the UK. Animal agriculture accounts for 14.5 to 16.5 percent of global anthropogenic greenhouse gas emissions. Since the beef industry is responsible for most of these emissions, one of the largest sustainability changes that McDonald’s has made is the launch of the vegan McPlant burger. Developed in partnership with Beyond Meat, the new vegan McPlant burger was first tested in a few European countries, including Sweden, Denmark, and Austria. Last month, the McPlant burger landed at select locations in the UK and will make its way across all 1,400 UK and Ireland restaurants next year.

“This new Plan for Change is not just our sustainability strategy, it’s our business priority. That means it isn’t a plan for one change, but for many—changes that together, with 1,400 restaurants, over 130,000 people, 23,000 British and Irish farmers, and 4 million customers visiting every day, really will add up,”
-McDonald’s UK &Ireland Chief Executive Paul Pomroy

The McPlant features a Beyond Meat patty with ketchup, mustard, vegan special sauce, onions, pickles, lettuce, tomato, and vegan cheese on a vegan sesame-seed bun. Certified vegan by the country’s Vegetarian Society, the McPlant burger will be cooked on a separate grill and the chain will use dedicated utensils for its plant-based offerings. 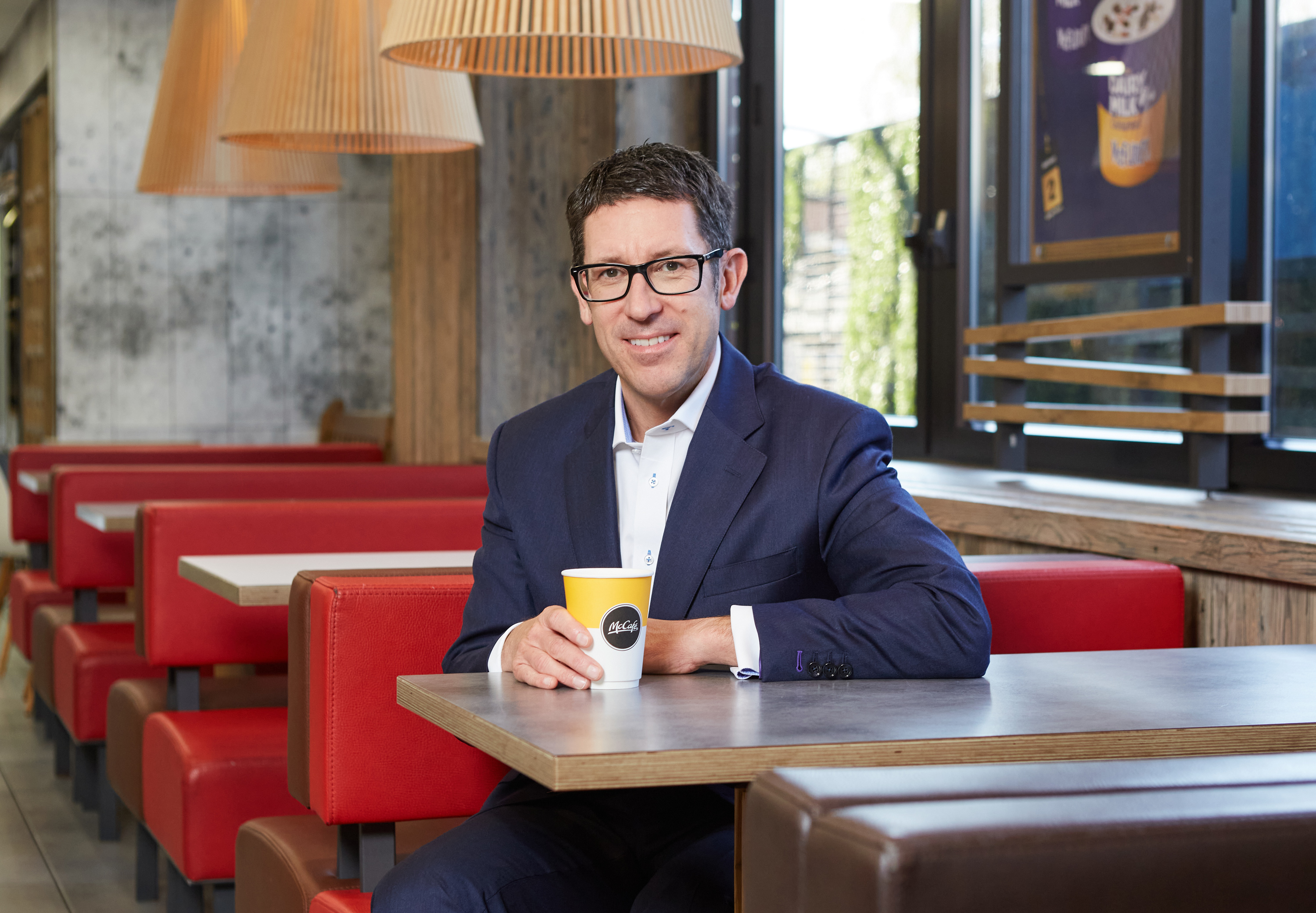 “This new Plan for Change is not just our sustainability strategy, it’s our business priority,” Pomroy said. “That means it isn’t a plan for one change, but for many—changes that together, with 1,400 restaurants, over 130,000 people, 23,000 British and Irish farmers, and 4 million customers visiting every day, really will add up.”

Globally, the McDonald’s Corporation operates 37,000 restaurants in more than 120 countries and serves 60 million customers daily. While McDonald’s UK & Ireland has made the greatest progress when it comes to vegan menu updates, the chain’s North American stores have also tested plant-based options in recent years.

In Canada, McDonald’s tested a plant-based P.L.T. (which stood for “Plant, Lettuce, and Tomato”) burger featuring a vegan Beyond Meat patty in 28 restaurants in Southwestern Ontario in 2019. The test has not resulted in a Canada-wide rollout of the meatless burger but did lead to a larger development deal. Earlier this year, McDonald’s announced that it had entered a three-year partnership with Beyond Meat. While the first vegan McPlant burger made landfall abroad, the McPlant platform is designed to be flexible to global demographics and could eventually lead to a US launch—where vegan menu options are scarce. Under the McPlant platform, the chain aims to develop not only vegan burgers, but other plant-based options chicken, pork, and breakfast items, the specifics of which are all determined by local palettes and demands.

“We are proud to enter into this strategic global agreement with McDonald’s, an exciting milestone for Beyond Meat, and look forward to serving McDonald’s as they bring expanded choice to menus globally,” Beyond Meat Founder and CEO Ethan Brown said in a statement in February. “We will combine the power of Beyond Meat’s rapid and relentless approach to innovation with the strength of McDonald’s global brand to introduce craveable, new plant-based menu items that consumers will love.”

How To Eat Vegan At Mcdonald’s—Before The McPlant