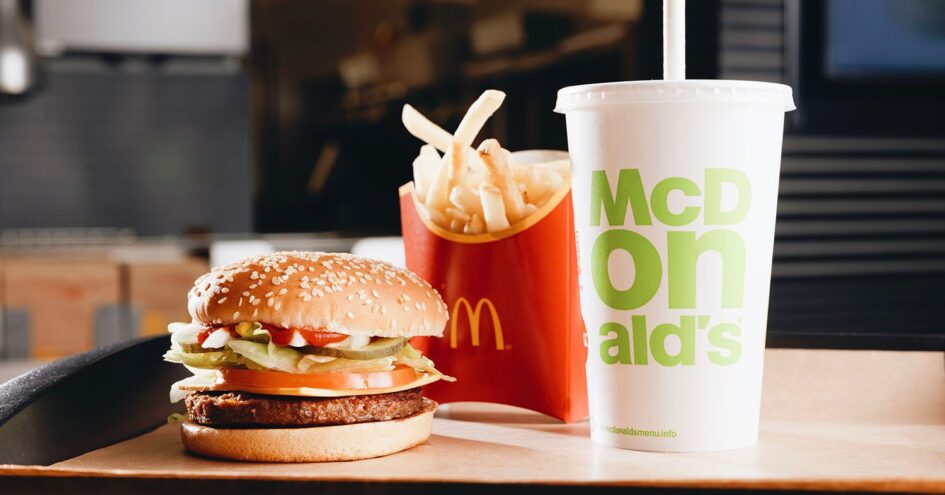 McDonald’s vegan McPlant burger is officially launching in the UK.

Three years of research and development included a long search for the perfect dairy-free cheese. And now, McDonald’s UK restaurants are finally ready to start their trial of the McPlant.

The chain, which settled on vegan cheese created by its own dairy supplier Kerry Foods, will test the vegan burger in 10 Coventry locations at the end of this month. In October, the trial will expand to more than 250 restaurants.

Rumors of a McDonald’s UK vegan burger have been circulating for some time. Last October, a leaked survey by the fast-food chain showed a vegan cheeseburger with a Beyond Meat patty.

At the time, a spokesperson confirmed that the launch wasn’t happening yet, but said that McDonald’s was looking to “develop new and exciting products” for those who wanted to reduce meat consumption.

Now, chief marketing officer Michelle Graham-Clare has confirmed that the wait was due to recipe perfecting.

“As with every McDonald’s offering, we take our time to ensure it meets the highest standards and is something that all our customers will enjoy,” she said. “We are always looking for different ways to innovate and meet our customers’ needs. And with McPlant, we have a delicious plant-based burger that will appeal to everyone.”

New vegan options are launching all the time in the fast-food industry. In the UK, Burger King, Subway, KFC, and Pizza Hut are among the chains that offer vegan options.

And in July, Greggs announced a vegan version of its fan-favorite Sausage, Bean, and Cheese Melt would be joining its plant-based menu.

The new McDonald’s vegan McPlant burger is certified by The Vegetarian Society and cooked separately to meat products. It will cost £3.49.

Finally! Here’s Where to Buy OmniPork in the U.S.