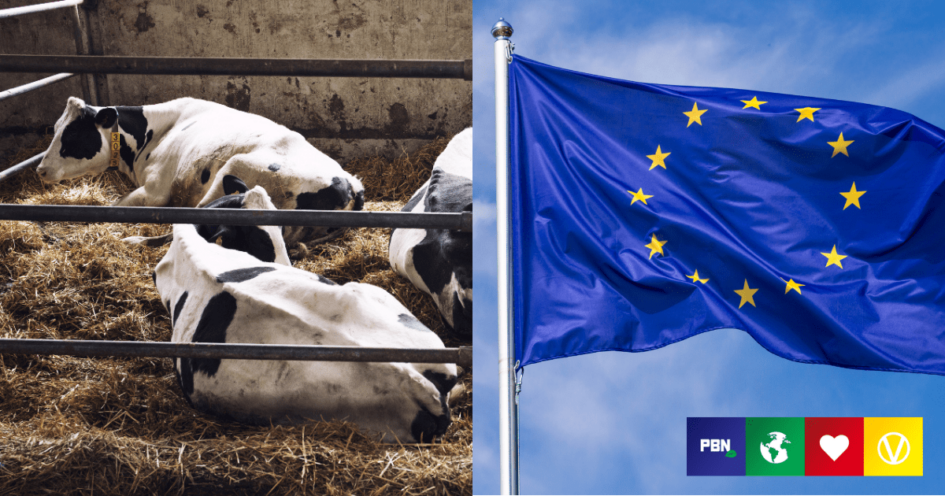 An EU meat industry lobby giant has reportedly ‘waged a campaign’ against a strategy aimed at creating a more environmentally-friendly food system.

But the group claims it fully supports the program and claims that the leak is a ‘deliberate attempt to trigger a media backlash’.

Copa-Cogeca identifies itself as the ‘strongest’ interest cooperative of European farmers.

The document leaked to the media this week includes plans to maintain the agriculture industry. And, according to EU Observer, it involves tactics to ‘influence’ political debate.

This is with regard to the Farm to Fork strategy, which is a plan to ‘redesign’ the food system and make it more sustainable as part of the European Green Deal.

Moreover, it was created to mitigate climate breakdown and ‘adapt’ to its impacts, as well as promoting fair trade.

But Copa-Cogeca calls for the vote on the strategy, penciled for October 21, to be delayed by a fortnight. It told MEPs this is to ensure a public debate can take place. And, that it’s ‘critical’ for communication strategies, based on a number of unnamed studies.

The delay will create a ‘richer debate’, says Copa-Cogeca.

Nyssens added: “They are shamelessly picking and choosing the studies and within those studies the specific findings, which fit their agenda in order to convince MEPs to reject the EU Farm to Fork targets, which are direly needed to put agriculture on a sustainable path.”

Following the leak, Copa-Cogeca issued a statement in response.

It said there is ‘nothing’ problematic in the document, and that the process is the norm in EU affairs.

Additionally, it said it ‘fully supports’ the Farm to Fork strategy. And, is merely asking for a full assessment of its impacts.

‘We consider it normal that all opinions can and should be expressed on a subject as important as the future of our food system’, the statement reads.

It concludes: “We are well aware that this leak is a deliberate attempt to trigger a media backlash. Just as we start speaking of the potential impacts of the Farm to Fork strategy for the first time.

“The current discussion shows the desperate need for public data on the subject.”