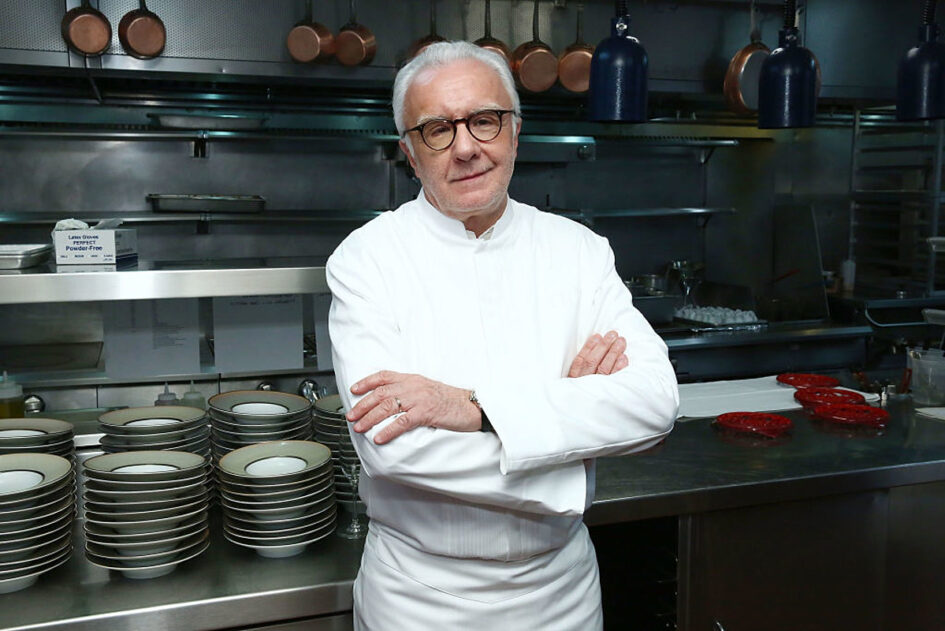 Internationally esteemed Michelin-starred chef Alain Ducasse is opening a new restaurant in Paris, and the menu is almost entirely plant-based. Sapid – Ducasse’s new fine dining establishment –  will be “95 percent” plant-based, according to the chef. The upscale menu will deviate from the typical Parisian fine dining expectations to provide a vegetable-forward menu with minimal animal products as ingredients. The acclaimed chef attributes this decision to the rising concerns regarding climate change but also points out that diner habits and desires are shifting to plant-based cuisines.

Ducasse claims that people worldwide have become less interested in the stereotypical, meat-centric fine dining experience, and expect experimentation with plant-based ingredients. The chef, who currently holds 21 Michelin stars, told France Info. The plant-based cuisine is claimed to be “kicking off a new era” for French Gastronomy, according to French food critic Élisabeth Debourse. Ducasse follows a growing list of Michelin-star chefs and restaurants adopting plant-based recipes and menus.

“What has changed is the attention paid to how we eat better. Both men and women are careful about their health,” Ducasse said. He also stated that he intends to be considerate of the environment, the planet, and“its scarce resources.”

“It was natural that we should be able to demonstrate that it is possible to create a restaurant where only plants are the reference,” he added.

Sapid will feature dishes such as a tomato and watermelon salad topped by hazelnut pralines as well as a lentil bolognese with steamed carrots. The plant-based cuisine will extend to the pastry selections, showcasing poached yellow peaches completes with hemp tofu. Ducasse’s new restaurant will also provide customers with an affordable dining experience, especially considering the quality of the food. The most expensive dish will be priced at €14 and will be served in a refectory-inspired setting.

When reopening following the pandemic, chef Humm decided to leave its signature animal-based dishes behind, claiming that following the COVID-19 pandemic the world had changed and that fine dining should as well. Humm and Ducasse both realized a significant rise in plant-based consumers concerned with both the environment and personal health.

“In the midst of last year, when we began to imagine what EMP would be like after the pandemic – when we started to think about food in creative ways again – we realized that not only has the world changed but that we have changed as well,” Humm wrote in May. “We have always operated with sensitivity to the impact we have on our surroundings, but it was becoming ever clearer that the current food system is simply not sustainable, in so many ways.

So far this year, the Michelin judges have awarded 81 stars to plant-forward restaurants, marking a significant change to even five years ago. Before 2019, the Michelin star was reserved for traditional upscale cooking, but now 57 vegetarian and 24 vegan restaurants have changed this.