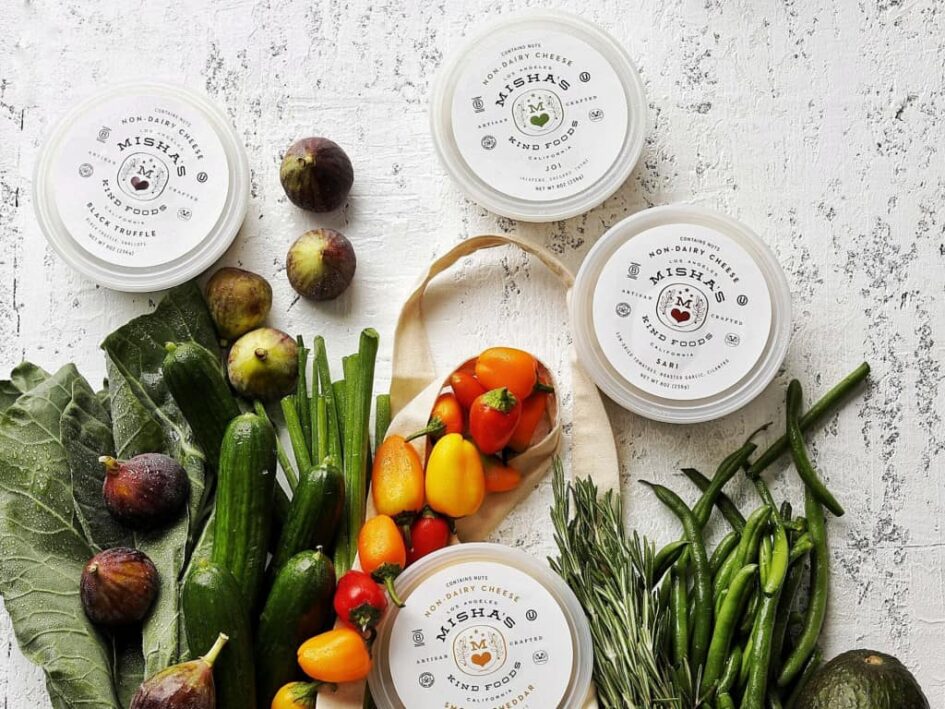 Californian plant-based alt dairy company has closed a $3M seed round. Misha’s, producer of a wide range of healthy and locally sourced dairy-free cheese, will use the investment boost to further product development, explore retail expansion, and recruit talent in its team.

Among the investors for the LA-based Misha’s was Chris Paul, 11-time NBA All-Star Paul and LA Clippers legend. Paul has been a vegan since 2019, with the basketballer claiming significant statistical and performance improvements after making the switch. As a businessman, Paul seeks opportunities that accelerate social change and sustainably build a fair, equitable society, and is a brand ambassador for .

Another investor, Lisa Shamus, a leader in innovative branding and licensing was drawn to Misha’s after struggling to find a vegan cheese for her daughter who could no longer eat dairy. “Everything we tried tasted terrible,” she explained. When Shamus discovered Misha’s cheeses in Los Angeles, she bought every flavor as her family loved them so much. “With Misha’s, I saw the opportunity to invest not just in one item, but in a team with a vision to create an entire category that has tremendous possibilities.”

Misha’s was co-founded by lifelong friends Chef Ian Martin and Aaron Bullock and began operating in 2018. As , Misha’s has registered itself with the state of California to be a certified and licensed Dairy Company which allows them to legally use the word “Cheese.” The plant-based dairy market is predicted to expand by nearly 3X over the next ten years , with innovation in cheese a big aspect of the market’s estimated $32 billion future value.

“These investors, and their enthusiasm, not only confirm the quality and excellence of our artisan cheeses, but they also align with our long-term vision and mission. We are here to serve the large community of cheese lovers, plant-based and not. Everything we make is kind to your body, kind to the planet and kind to your wallet,” stated Aaron Bullock, CEO and co-founder of Misha’s Kind Foods.

“I’m confident having these investors at the table will be vital to the future growth of the company as they bring valuable cultural instincts, branding knowledge as well as operations and growth expertise,” he added.