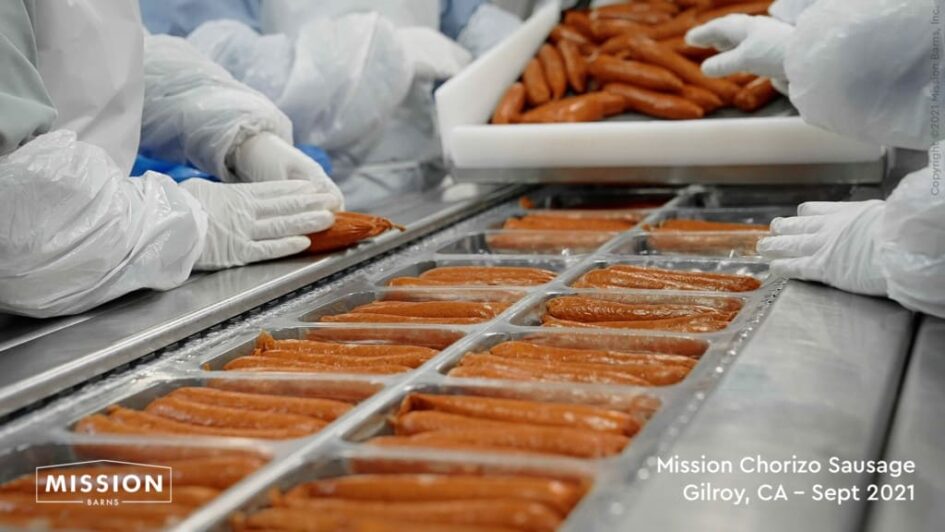 The landmark deal marks the first-ever scaled-up manufacturing of a product containing cell-cultured meat, according to the brand. The Cultivated Chorizo Sausages are a hybrid of plant-based protein and Mission Barns’ proprietary cultivated fat; Mission Fat.

The Best of Both Worlds

As for cell-cultured products has not yet been given, there is no date yet for the sausages to roll out into foodservice or retail. However, importantly the company has proven that Mission Fat can be used in a large manufacturing process. Mission Barns is enjoying rapid growth over 2021, in a Series A round to upscale its cell-cultured fat technology and build a pilot factory in the Bay Area.

“We see it as the best of both worlds, where sustainability and deliciousness intersect,” stated Eitan Fischer, CEO of Mission Barns. “And, this ground-breaking partnership and production run is an important milestone toward cultivated meat technology becoming a reality.”