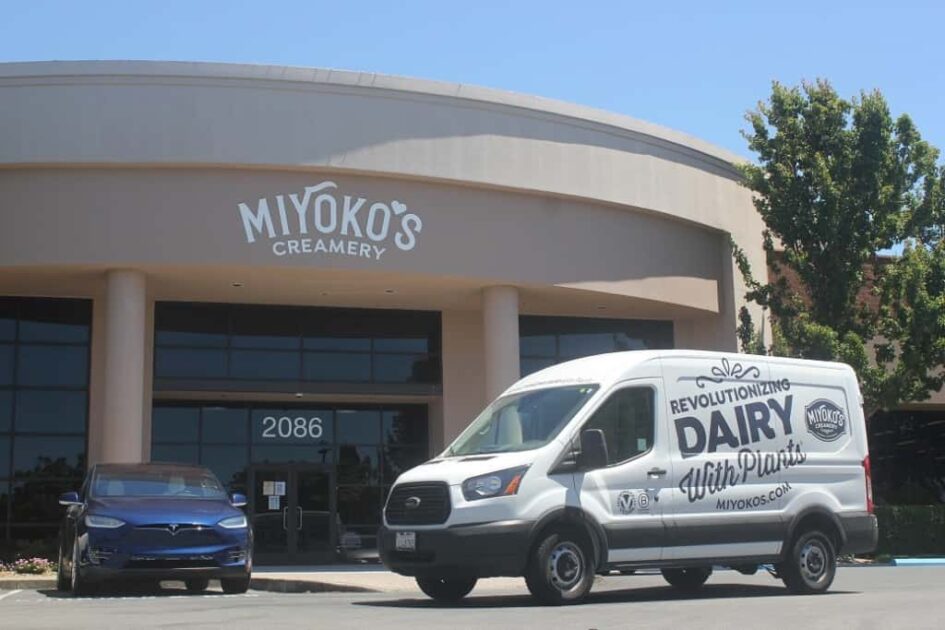 Upon securing the , much-loved industry pioneer Miyoko Schinner revealed that her next move would be a vegan pizza cheese with the potential to change the future of pizza.  “Miyoko’s new Liquid Vegan Pizza Mozzarella is so good that pizza lovers cannot believe it is vegan.”

Schinner commented that the “product launched last year in food service in a limited manner, and we hope to build on that to land on pizzas at chains across the country. In addition, we are launching a retail version this fall which we think will be huge.”

“Liquid Vegan Pizza Mozzarella is a mind-blowing concept. Miyoko’s threw away the rule book to revolutionize vegan pizza cheese. Rather than creating a traditional solid block of vegan cheese that is then shredded, Miyoko’s removed the additives that hinder one of the most delicious pizza characteristics: meltability,” said the pioneer to vegconomist upon the recent raise.

“Nothing anyone’s ever seen before”

“We know that Americans eat about three billion pizza pies annually and are excited to share a vegan cheese solution like nothing anyone’s ever seen before,” said Miyoko Schinner, Founder and CEO of Miyoko’s Creamery. “Our Liquid Vegan Pizza Mozzarella has been praised by partnering pizza-makers because of its wonderful taste and ability to melt, bubble, and brown.  It is now available for pizza lovers across the US to bring home.”

Miyoko’s is so confident that Liquid Vegan Pizza Mozzarella is the best pizza cheese on (and for) the planet, the company is taking the product to America’s Pizza Belt to celebrate the launch by giving away 10,000 slices so people can try it for themselves. Miyoko’s Mind-Blowing, World-Changing, Phenomenally Vegan Pizza Mozzarella Tour will begin on Sept. 24, 2021, in Philadelphia with subsequent stops in Richmond, Va., New York City and Boston. Additional pizza tour information can be found .

Could Liquid Mozzarella Solve the Age-Old Problem with Vegan Cheese?