Most Multicultural Americans Open To Cutting Down On Animal Products, Survey Finds 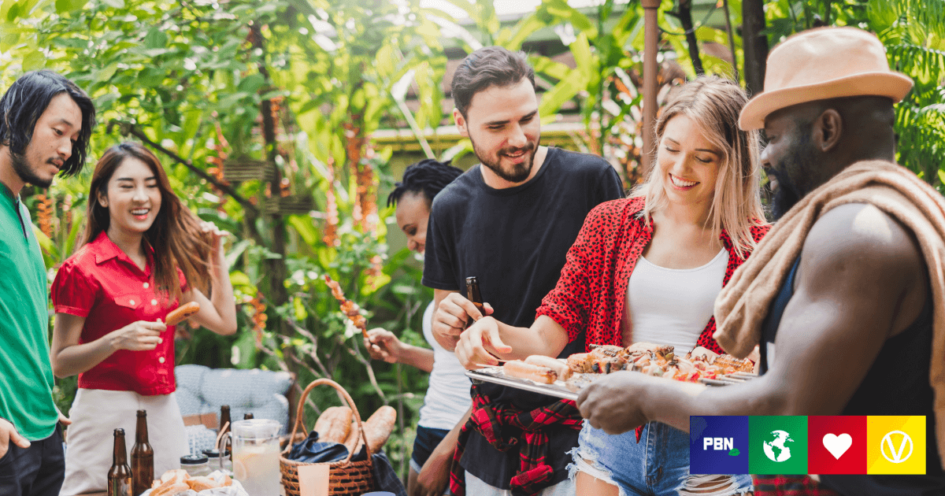 Vegan food is becoming more popular among multicultural communities in the US, a new survey has suggested. The research bolsters previous findings that people of color and other culturally diverse groups are more likely to go, or want to go, plant-based.

Last week, Danone North America, a food and beverage corporation, published research exploring multicultural audiences’ relationship with plant-based products. According to a press release, it is one of the largest studies of its kind.

The online survey included 4,027 adults in the US. Results were collected between April 27 and May 19, 2021. The margin of error is +/- 3 percentage points at a 95 percent confidence level.

Researchers concluded that multicultural audiences are more willing than the total population to replace animal products with plant-based foods.

For instance, 71 percent of Asian Americans said they “strongly” or “somewhat” agree that they’re open to swapping out foods they eat now in favor of plant-based alternatives.

Sixty-one percent of Hispanic/Latinx people and 55 percent of Black/African Americans said the same.

In contrast, just under half (49 percent) of the total respondants gave the same answers.

Nearly nine out of 10 (84 percent) of multicultural participants said food is a form of self-expression. And nearly three quarters (73 percent) said they try to choose sustainable food options but don’t always have access to the correct information.

Despite the fact that multicultural consumers are claiming more and more space in the plant-based scene, many do not feel presented by vegan food brands. That’s according to the researchers, who added that this was especially true for Gen-X and Baby Boomer respondents.

Overall, the report concluded that “multicultural audiences believe plant-based eating is healthy and nutritious, better for the environment, and more ethical,” the press release says. “Multicultural consumers are looking for more plant-based companies and brands to engage with in a deeper and more meaningful way, not only through marketing efforts, but also through ingredient choices, education, and sustainability work.”

Last year, the BBC reported that Black Americans are three times more likely to be vegan. Many people of color cited health as their main reason for doing so.

African Americans are more likely to suffer from diabetes, hypertension, obesity, and cancer – all health conditions that have links to meat consumption.

Yet many communities face obstacles when trying to lower meat consumption, such as accessibility. Food deserts are regions in which it is difficult to find affordable, healthy food, such as fruit and vegetables. And they are abundant in minority neighborhoods.

Last week, an elaborate prank on the US’ largest coffee chain, Starbucks, shone a light on how dietary racism is built into society.

The campaigners highlighted that 60 to 80 percent of Black people are lactose intolerant. And, so are 50-88 percent of Lantinx people, 95 percent of Asians, 80-100 percent of Native Americans – yet only 60 percent of the general population.

The hoax took aim at Starbucks for charging extra for dairy-free milk, stating that such upcharges disportionately affect people of color.

Pranksters later noted in a press release that “the National School Lunch Program requires schools to give milk to every child—unless families provide a doctor’s note—and makes no exceptions for lactose intolerance.”

“If 75 percent of white children were made sick by dairy, it would be pulled from the school lunch program immediately.”

EXCLUSIVE: 87% Of UK Vegans Have Had At Least One COVID-19 Vaccination, Says Survey

A Third Of Brits Want To Go Vegan Next Year, New Survey Shows