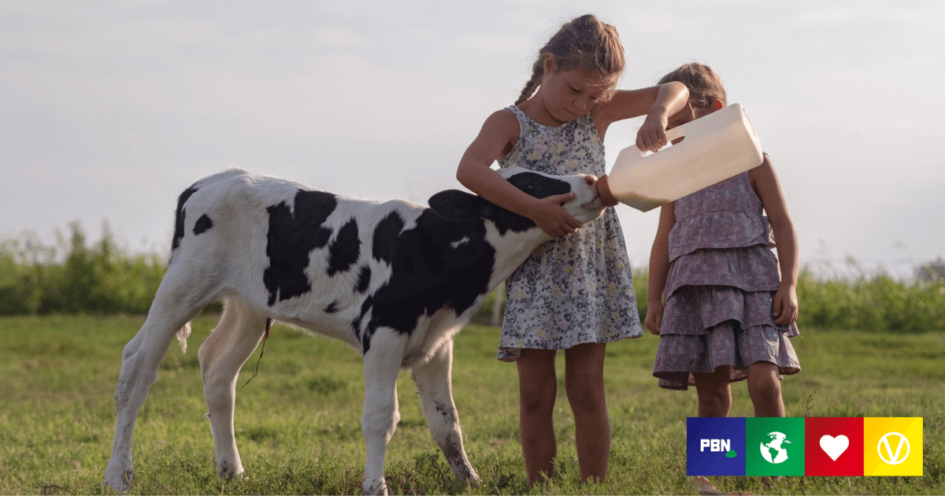 Many children in the US believe meat comes from plants and animals are not okay to eat, a new study has found. A lack of transparency around the food system could be to blame.

Researchers asked 176 children in the US to sort food items into two categories: animal-based and plant-based.

All animal-based foods, with the exception of dairy milk, were incorrectly sorted by at least 30 percent of children.

Thirty-six to 44 percent of children said bacon, cheese, hamburgers, and hot dogs are plant-based. Around a third incorrectly sorted eggs and shrimp into plant-based categories, too.

And more than a third (38 percent) classified chicken nuggets as a plant-based product, despite the fact that the animal is included in the name.

The young participants were also asked to categorize different animals and non-animals into “OK to eat” and “NOT OK to eat” groups.

Most children correctly classified the edible and non-edible plant products. The four most incorrectly sorted targets were all animals: chickens, cows, pigs, and fish.

In fact, more than two-thirds of children classified chickens, cows, and pigs as “NOT OK to eat.”

Further, most younger children believed cows and pigs were not okay to eat – with 84 percent and 79 percent naming them off-limits for consumption, respectively.

“It seems that children, especially preschoolers, assume that animals are not eaten,” the study reads.

“One reason that children may exhibit confusion about animal-based food is because many parents in the United States are reluctant to talk with their children about the origins of meat,” the researchers wrote.

This could be for various reasons, they said, such as parents who “deliberately withhold information about animal slaughter in an attempt to safeguard children’s innocence.”

Alternatively, some parents may keep the information secret over fears that children will “refuse” to eat meat if they fully grasp what it is and how it’s produced.

Further, the meat industry’s efforts to conceal, as much as realistically possible, the nature of food production could also play a role.

“Meat products bear little resemblance to animals when they are offered for sale in most grocery stores in the United States,” the study explains. “Hamburgers, bacon, and hot dogs are transformed in processes largely invisible to children, so that by the time they end up on a plate the connection between the food and the animal is abstract.”

Further, many meat products are marketed under non-animal names, such as pork, beef, mince, salami, hot dogs, and meatballs, to name a few.

Children’s misunderstanding of the food system could present a unique opportunity, the study says. Specifically, in fighting the climate crisis.

The worsening state of the planet calls for widespread behavioral and system changes, including a shift away from animal agriculture. Yet, many adults have held fast to their meat-eating habits, by “building up an arsenal of strategies to justify” animal consumption, the researchers said.

Children, on the other hand, have not yet done this and could be considered “naïve meat eaters.”

“Childhood may therefore represent a unique window of opportunity during which lifelong plant-based diets can be more easily established compared to later in life,” the study says.

“Given children’s propensity to protect animals from harm, they may naturally gravitate toward plant-based foods if they have access to them,” the study concludes.

This could help address symptoms of the climate emergency, that was “perpetrated by previous generations,” and will be “inevitably inherited” by children.