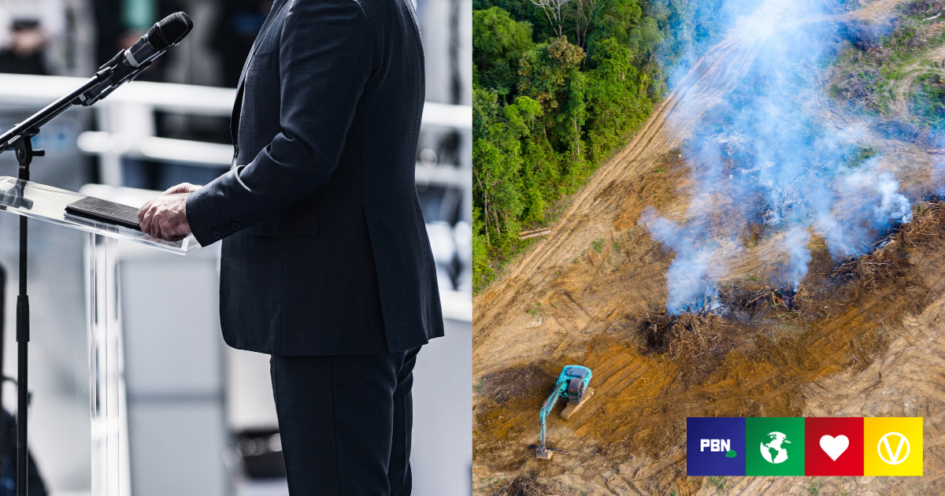 A group of UK MPs from cross-parties are calling for an end to animal agriculture ahead of the UN Climate Change Conference aka COP26 next month.

Fourteen politicians signed an early day motion, with a view to encouraging plant-based diets in order to help the environment.

Among the MPs calling for change are Caroline Lucas, twice leader of the Green Party, and John McDonnell.

The motion reads: “This House welcomes the Plant-Based Treaty aiming to put food systems at the heart of combating the climate crisis by encouraging a shift to healthier and sustainable plant-based diets, while simultaneously working to reverse the damage to ecosystems and biodiversity.

“And, calls on the government to use COP26 in Glasgow as an opportunity to be a world leader in recognizing the negative impact of industrial animal agriculture on climate change and commit to developing a global strategy to transition towards more sustainable plant-based food systems.”

The proposal supports the Plant-Based Treaty initiative, which aims to combat the climate crisis by making changes to our food system. Launched last month, it’s dubbed to be an extension of the Paris Agreement.

‘We cannot allow the planet to heat up above 1.5 Celsius by 2050 and must look how we can achieve net-zero by then’, added Wera Hobhouse.

It’s not the first time the UK government has been pressed to advocate plant-based diets in light of the climate crisis.

Prime minister Boris Johnson has directly faced calls to make COP26 entirely plant-based. And, celebrities and environmentalists have petitioned president Alok Sharma to ensure no meat or dairy is on offer at the event

Moreover, many organizations say it provides the ideal opportunity for the country to set a ‘global example’ on saving the planet.

You can find out more about the Plant-Based Treaty here

For 13 Years, New York’s Climate Conference Has Avoided the Subject of Meat. This Year, That’s Changing.