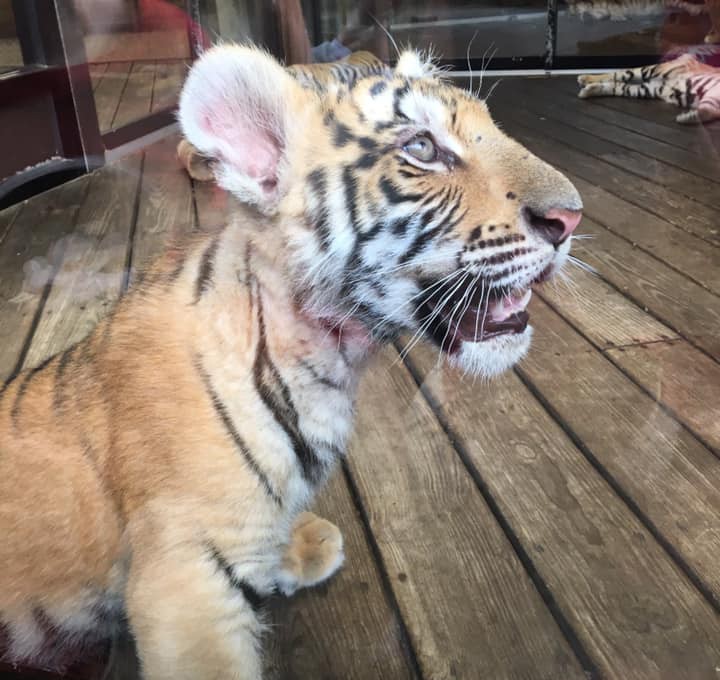 Bhagavan “Doc” Antle operates Myrtle Beach Safari in South Carolina, a roadside zoo where big-cat babies are torn away from their mothers so that they can be passed around for highly profitable public encounters, routinely treated as props for publicity stunts, and exploited for “likes” on social media.

Antle is a key player in the big-cat cub-petting industry, an alleged wildlife trafficker, and one of the villains featured in Netflix’s Tiger King. He is known to boast that Myrtle Beach Safari’s premium prices for a chance to take photos with infant wild animals somehow fund conservation efforts, but this is all part of a carefully scripted performance. No true animal sanctuary or legitimate conservation organization exploits endangered animals in cruel public encounters, nor would doing so conserve their wild counterparts. 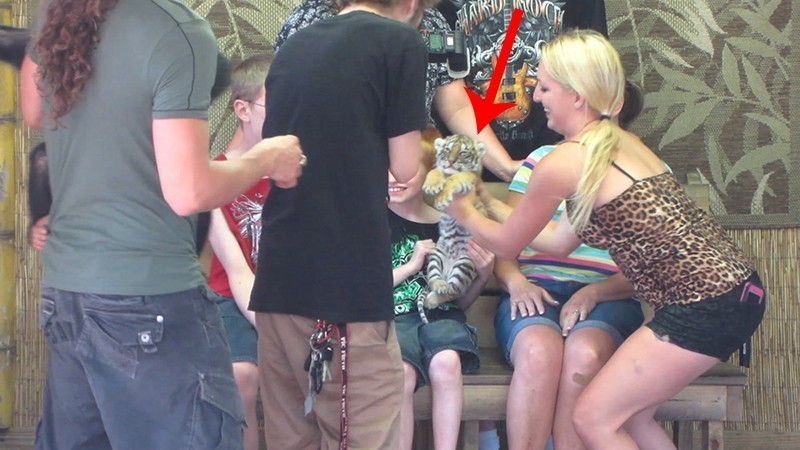 Antle is a confident trickster who could rival P.T. Barnum himself in his ability to exploit the defenseless for his own financial gain. And when cubs have worn out their value to Antle, he has shipped them off to other abusive exhibitors, including to a circus trainer who was caught violently whipping tigers, a magician who uses tigers in a traveling act, several roadside zoos across the U.S., and a horrific tourist trap in Thailand. He has also acquired infant cubs from roadside zoos over 1,000 miles away, including three tigers who were barely 8 hours old when they were shipped to Myrtle Beach Safari. Treating animals as though they were nothing more than commodities to trade is a form of speciesism, a human-supremacist worldview.

Nearly every animal abuser featured in Tiger King is now in custody, out of business, or facing administrative citations or criminal charges. Help PETA make the cruel cub-petting industry a thing of the past: Please urge Myrtle Beach Safari to end its cruel public encounters and send the animals to reputable facilities where they could live in peace and get the care that they deserve.

You may use this sample letter, but remember that it’s always best to use your own words.

The First Truly Ethical African Safari Is Coming This Spring

PETA’s Wish List for Cats and Dogs: What Animal Companions Want This Christmas

Rescued! Big Cats, Lemurs, and Others Move to Sanctuary From Local Roadside Zoo