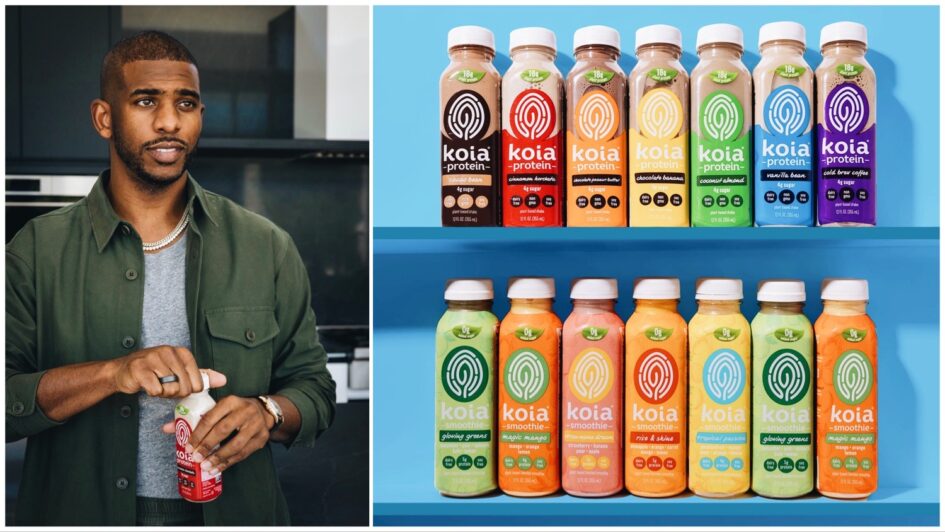 The point guard has invested in Koia, a company that makes plant-based nutritional shakes that are low in sugar. And, in line with their joint mission, the duo will introduce Koia vending machines on ten HBCU campuses, starting with Winston-Salem State University in North Carolina, where Paul is currently enrolled. Additional vending machines will be rolled out across the country next year.

“My hope for investing in Koia and other changemakers in the industry is that we work together toward a bigger systemic culture shift where underserved communities have access and opportunity to live better, healthier lives,” Paul said.

Paul, who plays for the Phoenix Suns, went plant-based in June 2019. He made the switch after taking on the role of executive producer for the vegan documentary The Game Changers. The film explores the myth that athletes must consume meat in order to be at the top of their game.

Since eschewing meat, Paul has immersed himself in the plant-based food space.

In 2019, he invested in California-based food tech company Beyond Meat right before it went public. The brand was the first vegan meat company to IPO; its stock soared 163 percent on its first day of trading. He also recently invested in California plant-based cheese brand, Misha’s Kind Foods.

In 2020, he joined forces with fellow NBA players Carmelo Anthony and Dwayne Wade to launch the Social Change Fund. The program works to support the Black community by supporting and investing in organizations that help people of color.

“Our mission is to address social and economic justice issues facing Black communities and break down the discriminatory barriers to success,” explained Paul following the organization’s launch.

“The Social Change Fund will help advance racial equality and opportunity. We will unite with other individuals who share our vision and commitment to use our collective voices and resources to advocate for change and foster a more equitable future,” he continued.

That same year, Ethan Brown—Beyond Meat’s CEO—pledged his support to the fund. “I think it’s really illuminating for young people, for athletes and others to see someone of his stature embrace a plant-based diet and benefit from it,” said Brown.

Overall, Paul hopes to end diet-related disparities among people of color. Studies show low-income communities and people of color are disproportionately impacted by a lack of access to healthy foods.

“The fact is that health outcomes are worse for Black and brown Americans, and much of that disparity starts at the basic level of what’s on your plate,” Paul said. “So trying to bring that awareness through people everywhere, that’s a huge deal as far as the education of food and nutrition.”