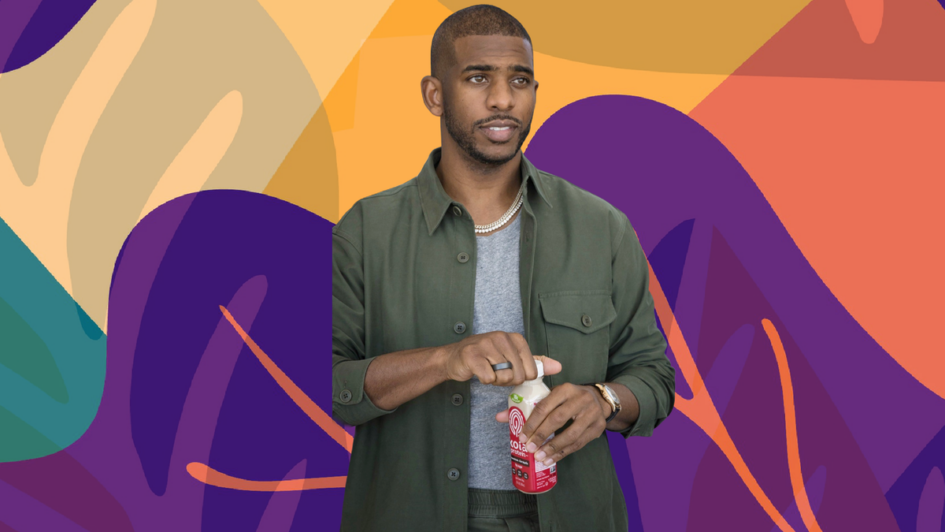 NBA player Chris Paul shifted to a plant-based diet in 2019. In 2021, his team, the Phoenix Suns, nearly won a championship. Are those things directly related? We can’t say, but we’re sticking with plants just in case. And now Paul is making it even easier for everyone – and people who might find plant-based eating expensive, complicated, or out of reach – to do the same through a collaboration with vegan food company Koia.

Paul, already an investor in Beyond Meat, has put some of his superstar salary (and insurance pitchman fees, probably) into an investment in Koia. The company produces grab-and-go plant-based protein shakes that claim to “deliver unparalleled nutrition.” The brand is the latest venture of founder Chris Hunter who, back in 2005, was part of the team that invented Four Loko – so it makes sense why he might be a little more interested in healthy living these days. (Hey, us too, dude.)

Koia’s bottled, low-sugar shakes and smoothies are now available in thousands of 7-11s, Walmarts, and other mass-market retailers, making it easy for buyers to swap animal-based convenience meals for something a little better for the planet, the animals, and their health. With Paul’s help, the brand is making a push to break down the perception that going plant-based is only for the privileged.

“My hope for investing in Koia and other change-makers in the industry is that we work together toward a bigger systemic culture shift where underserved communities have access and opportunity to live better, healthier lives,” says Paul.

As part of that plan, Paul and Koia are making an effort to put the shakes – and by extension, the idea of plant-based nutrition itself – in front of more young people. Through the partnership, they’ll be rolling out specialized vending machines to HBCU campuses across the country. Forming healthy habits while in your 20s is considered by many experts to be a key step to improved health outcomes for life, and campuses provide a great environment to be exposed to the many positive impacts of going meat-free.

“We are thrilled to partner with Chris Paul because he’s an exceptional human being on and off the court, embodying the power of plant-based nutrition,” says Hunter. “We are aligned with Paul around a vision of the future where everyone has access to healthy food and look forward to working together to make that a reality.”

RELATED: Haile Thomas Wants to Share the Joy – and Power – of Plant-Based Eating