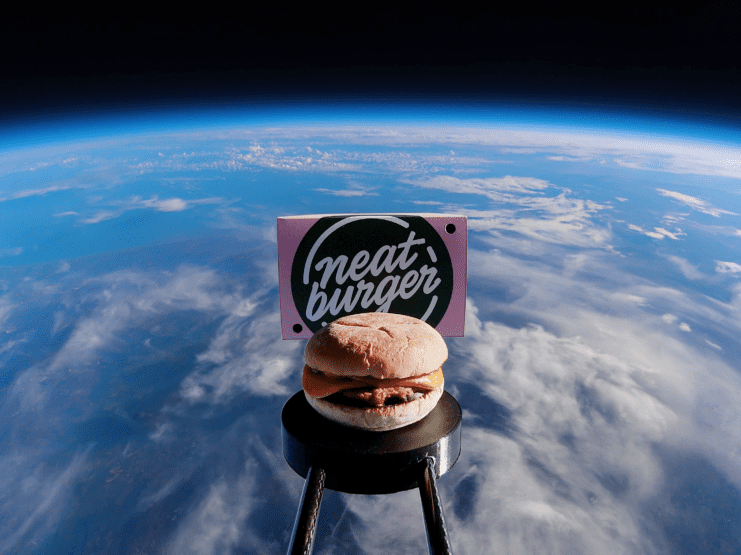 , backed by Formula One driver , has slashed the price of its cheeseburger from £6.49 to £1.99 for World Vegan Month, celebrating by launching the cheeseburger into outer space. says it wanted to send out the message that the rise of plant-based foods will be “meteoric”.

Neat Burger says that hot air balloons and 100% recovered rigs were used to minimise the environmental impact of the stunt.

With the promotion, which runs until the end of the month, the burger underprices McDonald’s £3.49 . Neat Burger hopes the reduction will make plant-based living more affordable, accelerating the transition to a more sustainable food system. The cheeseburger consists of a pea protein patty topped with vegan cheese. It is served on a floured bun with ketchup, mustard, and pickles.

Last month, a funding round increased Neat Burger’s value to $70 million. Following the round, the company announced it was planning to , opening one restaurant per month through to the end of next year. The chain had already been making since March, after finding huge success by .

“Following our recent fundraise and announcement of our aggressive expansion plans, we wanted to celebrate our position as the game-changing global leader of the plant-based fast-food space by launching our new, highly accessible plant-based cheeseburger into space. We look forward to further accelerating the adoption of plant-based diets through more sites globally and more accessible menus,” said Co-Founder & CEO Zack Bishti.