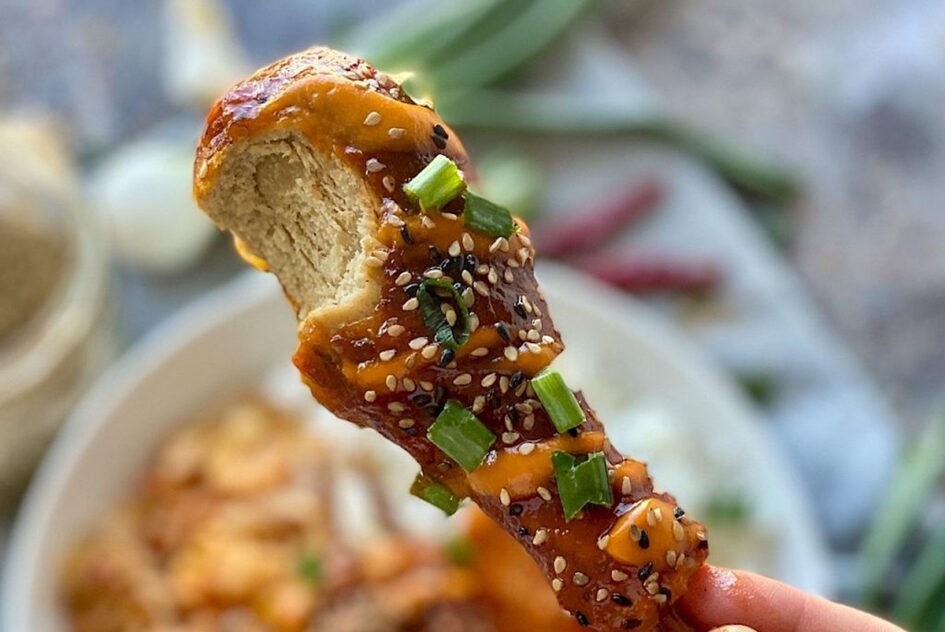 Nestle just lead a $4 million investment round for an upcoming food tech startup out of California, delving deeper into its plant-based investments. The Swiss food giant helped Sundial Foods secure its largest investment, aiming to assist the company’s development of super-realistic chicken wings. Sundial’s core product is a plant-based chicken wing complete with vegan chicken skin to give consumers the experience of the traditional favorite without any animal involvement.

“Our goal is to make meats that replace the butcher, so our product can be enjoyed as a center-of-plate experience,” Co-Founder of Sundial Foods Jessica Schwabach said in a statement. “We want to give consumers—whether vegetarian, vegan, flexitarian, or meat-eating—a plant-based meat-eating experience that’s interesting, craveable, and versatile.”

The food tech company is rapidly establishing itself as a top innovator in the alternative protein industry. Sundial launched in 2019 after Schwabach met fellow co-founder Siwen Deng at UC Berkeley’s Alternative Meat Program. Since then, the company has repeatedly worked with Nestle to push innovation further. The brand worked with Nestle’s Research and Development Accelerator based in Lausanne, Switzerland. The partnership help propel the brand into pilot production, and finally, in 2020, the company partnered with Nestle’s Garden Gourmet to debut its vegan chicken at 40 Swiss retail locations.

“We do what we do because we want to tackle current global struggles with the environment and human health, but we’re also scientists at heart,” the Sundial website reads. “It’s common knowledge that it takes fewer resources to grow plants than it does to grow animals, but many people will argue that animals generally provide more bang for your buck in terms of nutrition — more protein, lower carb content, and so on.”

Following the successful investment round, Sundial plans to use the $4 million to expand its team and production capabilities. The food tech company announced that it plans to provide its realistic vegan chicken wings to US consumers and restaurants by spring 2022. With the funding, Sundial will improve the facilities and manufacturing potential at the Rutgers Food Innovation Center in Bridgeton, New Jersey.

“Our new plant-based shrimp and egg alternatives have an authentic texture and flavor, as well as a favorable nutritional profile which makes them a good replacement for animal-based shrimp and eggs in a wide range of dishes,” Nestle Chief Technology Officer Stefan Palzer said last month. “Our longstanding expertise in the plant, protein, and nutritional sciences enabled our teams to develop these great innovations in under a year. As we speak our R&D teams are already preparing the next wave of plant-based launches.”

Nestle is working to provide more plant-based products and meals to the market through several brands, recently launching a full vegan meal delivery service with Freshly – an online platform that provides direct-to-consumer chef-prepared meals. The platform features six inventive plant-based meal options. Overall, the company is working to increase the accessibility of plant-based foods for consumers looking to try familiar favorites without any animal involvement or harsh environmental consequences.

LikeMeat Launches Chick’n Wings in Sprouts Locations Across the US