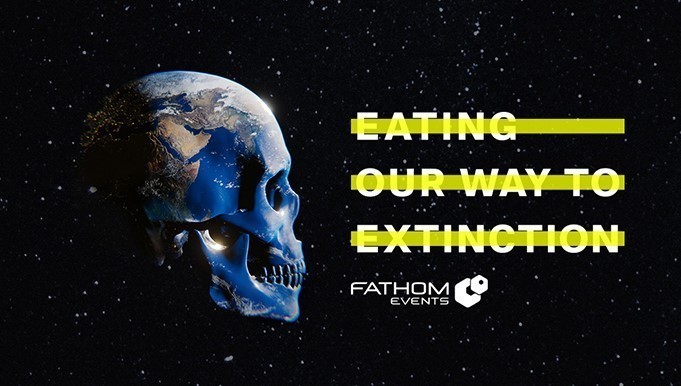 Over the last few years, the discussion around the disastrous impact of our current food system on the environment has picked up steam. Global bodies such as the Food and Agriculture Organization (FAO) and the World Economic Forum (WEF) have broadcasted their views on this issue, while food and beverage giants have created roadmaps to meet their sustainability targets by planning to replace animal-derived products and ingredients with more plant-based products in the future.

To help generate more awareness around this pressing issue, a new feature documentary narrated and executive produced by Academy Award winning actress Kate Winslet is set to release this September.

Titled ‘Eating Our Way To Extinction’, the film is a hard-hitting and visually powerful production by Broxstar Productions, and is going to hit select cinemas on 16th September.

Featuring interviews with globally-renowned personalities including Sir Richard Branson and Tony Robbins, along with some leading scientists and celebrities, the impactful documentary throws light on the calamitous effects of factory farming, animal agriculture and commercial fishing.

The feature documentary urges viewers to look at their own daily habits, raising questions about the true cost of our food, but it also amplifies the solution through ‘Eating for Tomorrow’ – a reminder that with every bite we choose the future of our planet.

‘Eating Our Way To Extinction’ spans locations such as the Amazon rainforests, the Taiwanese Mountains, the Mongolian desert, the US Dust Bowl, the Norwegian Fjords and the Scottish coastlines, telling the story of the planet through shocking testimonials and emotional accounts of indigenous people most affected by climate change.

Those interested in watching the documentary can buy tickets here.