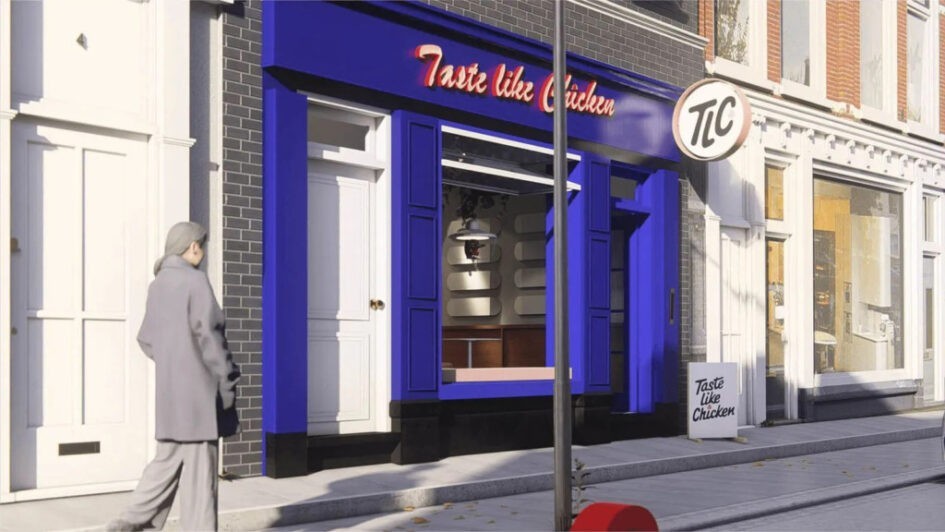 A new restaurant called Taste Like Chicken (TLC) has opened its doors in Amsterdam, providing a plant-based alternative to conventional chicken joints.

The restaurant offers four vegan chicken burgers, along with dishes such as Chica & Waffles, Korean Fried Chicas, and the Bravo Burrito. Customers can add a side of fries, popcorn chicken, nuggets, or tenders. Corn ribs, salad, and a selection of sauces are also available.

For those with a sweet tooth, Taste Like Chicken serves cookies, four types of donuts, and shakes in three flavours — Banana, Strawberry, and Chocolate Oreo.

“TLC shows us the new normal of fast service. It will be a roaring success,” said Gertjan Kruijk on LinkedIn. Krujik is the founder of Brandplant, a plant-based distributor that supplies Taste Like Chicken.

Amsterdam is one of Europe’s most vegan-friendly cities, with the local council aiming to encourage its citizens to eat a 50% plant-based diet by 2030. The Dutch capital is home to numerous plant-based companies, such as raw vegan chocolate maker Lovechock and alt cheese producer Max & Bien. It also has a variety of plant-based restaurants, including Vegan Junk Food Bar and Mr. & Mrs. Watson — and now TLC.

“TLC is the plant-based chicken joint of the future. Serving fun fast food that’s so good, it might even save the planet,” says the restaurant on its website.

TLC opened last week, and can be found at Van Woustraat 29 in Amsterdam.

Tabitha Brown Brings 34 New Vegan Food Options to Target, All for Under $8