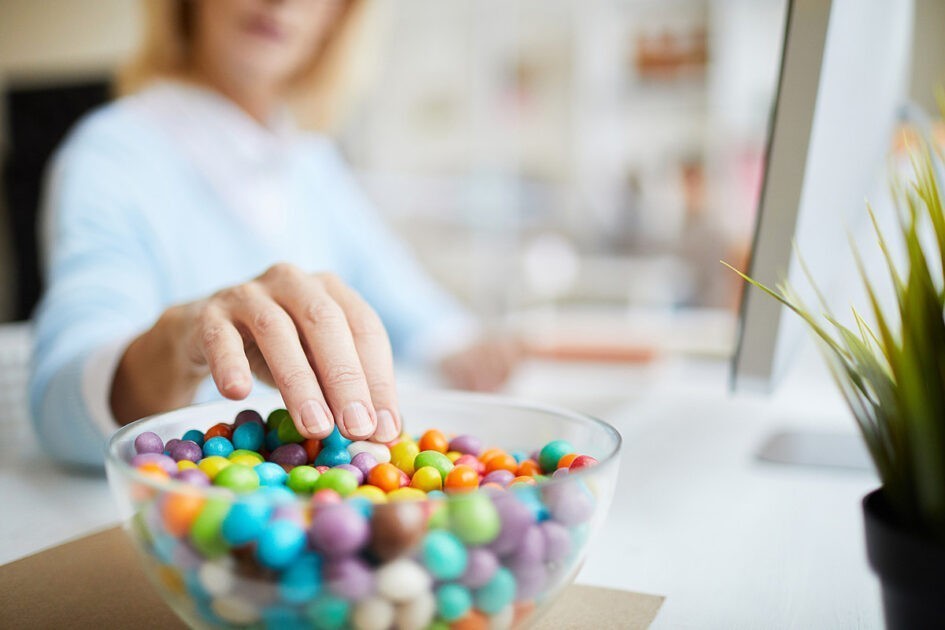 Just in time for Halloween comes a new study that links Alzheimer’s with consuming sugar and alcohol. The study found that some cells in the brain soak up blood sugar at a more rapid pace than neurons, which means that some cells in your brain act as sponges for sugar, and eating more of it (or drinking more alcohol, which contains sugar) may speed up neurological disorders.

The cells that soak up glucose faster are called glial cells or neuroglia, which are the brain’s non-neuronal cells. Glial cells were shown to absorb sugar at a higher rate than the cells responsible for our neural connections that drive our thoughts, memories, and actions.

The study, published on October 13th, in the journal Science, used functional PET scans to watch how the brain responds to different nutrients. The researchers wrote, “we found that, at cellular resolution, microglia displayed higher glucose uptake than neurons and astrocytes.”

According to previous research, astrocytes, which are critical support cells for neurons, are vital to the function of normal brain activity, so if cells other than neurons and astrocytes grab incoming glucose, it could cause problems for the important brain cells that provide our highest functioning abilities. The impact of how brain cells metabolize sugar is still being studied, but this latest research shows that brain cells react to sugar and alcohol differently, which may explain why people with high blood sugar are also more likely to have Alzheimer’s or dementia.

The study didn’t suggest that eating sugar or drinking alcohol causes Alzheimer’s but that it could feed existing disease, which has been studied in the past. Alzheimer’s is sometimes called type 3 diabetes because patients with high blood sugar also experience a faster rate of cognitive decline and 80% of people with Alzheimer’s disease have insulin resistance.

Sugar and Alzheimer’s. There is a connection

It has long been suspected that high blood sugar levels are associated with Alzheimer’s, dementia, and other forms of neurological impairment, but the previous studies measured how high levels of insulin and insulin resistance worked on the brain. The association between Alzheimer’s and sugar rests on the role insulin plays in the body, and how it’s different than how it works in the brain.

When you eat carbohydrates and sugar – or take in alcohol sugars in ccocktails – your body releases insulin to signal to the cells that energy is available. If the cells don’t require fuel, and are all set, they resist the incoming glucose, and the extra circulating in the blood gets stored as fat. However in the brain, this happens differently: Some cells immediately uptake the sugar for fuel since glucose can cross the blood-brain barrier directly, without being rejected, so while too much sugar spikes insulin and drives storage of fat in the body, it can leave your brain cells “drowning in sugar” according to experts.

At that point, the neurological cells such as nerve cells and those responsible for thought, memory, language, motor function aren’t pulling in sugar, but other cells are, which experts now believe can speed up the development of disorders such as dementia and Alzheimer’s.

Causes of Alzheimer’s and dementia

The diseased brain of an Alzheimer’s patient contains plaques and tangles of cells that grow between the active neurological cells, blocking their ability to connect and function. These plaques are created by abnormal build-up of proteins in and around brain cells called amyloid, and another form tangles within brain cells called tau. While no one knows for certain what causes these to form, there is evidence that lifestyle plays a role. Just like heart disease, brain function loss shows up as we age, but likely is years in the making.

The most common cause of Alzheimer’s and dementia is age, according to the Alzheimer’s Association, which states that after the age of 65, every five years your risk of Alzheimer’s goes up. By age 85, one in three people is likely to have some form of dementia such as Alzheimer’s or another type of neurological decline. But beyond the march of time, other risk factors include genetics, since if you have a family history, which is defined as one or more close relatives having Alzheimer’s your risk goes up. Another risk factor is experiencing a head injury such as a fall, a car accident, or getting hit in the head.

Lifestyle is the biggest factor, however, and individuals with little or no heart disease are also the ones with the least neurological decline, so choices in diet, exercise, sleep, and stress relief can keep the brain healthy as well as the heart.

According to the research, brain health and heart health is connected, since the network of blood vessels in the brain is fed by a healthy heart pumping blood through the brain. By eating a plant-based diet full of high fiber foods such as vegetables, fruit, whole grains. as well as nuts and seeds, and low in saturated fat, added sugar and processed foods (stripped of their nutrients) helps keep your brain healthy. Lowering your blood pressure and cholesterol is also key to brain health, according to experts.

“Studies of donated brain tissue provide additional evidence for the heart-head connection,” according to the Alzheimer’s Association. “These studies suggest that plaques and tangles are more likely to cause Alzheimer’s symptoms if strokes or damage to the brain’s blood vessels are also present.”

Bottom Line: To lower your risk of Alzheimer’s curb the sugar and alcohol intake

No one knows what causes Alzheimer’s but a new study shows that some brain cells take up sugar more rapidly than others, which leads researchers to believe that for the sake of our brain health, the less sugar we eat or alcohol we drink, the better. Lower your risk of neurological decline by eating a heart-healthy diet of whole plant-based foods instead.

How to Nail a Holiday Dinner Party Without Meat—or Alcohol