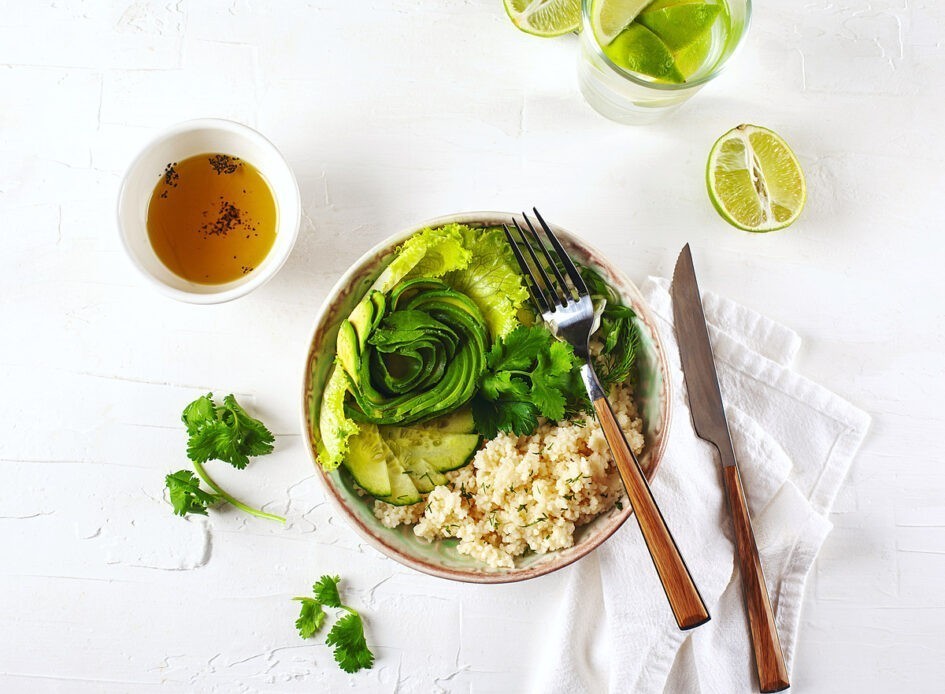 New research that followed the eating habits of over 117,000 people over 27 years just found that to lower your risk of having a stroke, you need to change the kind of fat you eat.

Strokes are serious business, and Americans are suffering from strokes at record numbers, so when new research shows you can lower your risk of a stroke just by changing the type of fat you consume, it is time to skip the red meat and order the grain bowl with avocado.

What is a stroke?

Oftentimes cardiovascular disease is viewed as a number of conditions related to your heart, but it also includes blockages in blood vessels that hinder circulation and prevent oxygen from getting to the brain. An ischemic stroke (which makes up about 87% of stroke cases) occurs when a blood vessel that transports blood to the brain gets blocked. The lack of blood supply to the brain causes cells to die and may lead to symptoms such as impairment when walking or talking, depending on what section of the brain gets affected. It can also be fatal.

The main cause of these blockages? Fatty deposits that line the blood vessel walls, which cause your arteries to get hardened, also referred to as atherosclerosis. Over time, the fat solidifies into plaque, typically due to high amounts of substances like fat. cholesterol, and calcium in the blood. According to the National Institute of Health, prevention includes adopting a healthy lifestyle, including a heart-healthy diet and engaging in daily physical activity. The new study specifically points to the importance of plant-based foods to lower the risk of stroke.

Now a new study has found that a diet higher in animal fat causes an increased risk of stroke, while a diet of more vegetable fat (olive oil, corn oil, or other plant-based option) for instance) lowers your risk.

The study, published by the American Heart Association, analyzed 27 years of follow-up data of about 117,000 individuals who participated in the Nurses’ Health Study and Health Professionals Follow-up Study. The average age of the participants was 50 years old at the start, and no one had any past known heart disease when they signed up for the studies. At the beginning of the study, and every 4 years thereafter, each participant filled out a food frequency questionnaire, so the researchers could see how much fat and what type of fat was frequently in their diets. They were then divided into 5 groups based on how much fat and what type of fat they regularly consumed.

The results of the study found that over the nearly three decades of follow-up, 6,189 participants had strokes, with 2,967 being ischemic strokes. The groups that were consuming high amounts of non-dairy animal fat were 16 percent more likely to have a stroke compared to the group that ate the least animal fat.

Those who consumed at least one serving or more of total red meat daily (which included beef, pork, or lamb) had an 8 percent increased risk of stroke – and consumption of one or more servings of processed red meat (bacon, sausage, bologna, hot dogs, and salami) had a 12 percent higher risk of stroke.

Vegetable oil is protective against stroke

On the other hand, those who ate higher amounts of vegetable fat (including polyunsaturated fats) had a 12 percent decreased risk of experiencing a stroke, compared to those that didn’t eat much vegetable oil.

There was also no measurable increased stroke risk when dairy fat was consumed, including cheese, butter, milk, ice cream, and cream although these have been linked to higher LDL cholesterol in previous studies. This so-called bad cholesterol is tied to heart disease and heart attacks in other studies.

“Our findings indicate the type of fat and different food sources of fat are more important than the total amount of dietary fat in the prevention of cardiovascular disease including stroke,” stated Fenglei Wang, Ph.D., and lead author of the study in an interview.

Wang added, “we recommend for the general public to reduce consumption of red and processed meat, minimize fatty parts of unprocessed meat if consumed, and replace lard or tallow (beef fat) with non-tropical vegetable oils such as olive oil, corn or soybean oils in cooking in order to lower their stroke risk.”

While choosing vegetable oils is one good way to get healthy fats in your diet, there are many plant-based foods that can provide those same fats with other important macro and micronutrients.

Some plant-based food sources that are high in both protein and healthy fat that make great alternatives to animal protein include:

“Research shows that replacing processed meat with other protein sources, particularly plant sources, is associated with lower death rates.” She goes on to add that changes to follow a more heart-healthy lifestyle includes:

Learn more about healthy fats and how much fat you should be eating, since even heart-healthy fat has its limit.

New research states that limiting consumption of red meats and processed meats, while swapping them out for plant-based fats, can reduce the risk of stroke. Making the switch can be as simple as using more vegetable-based oils and choosing heart-healthy plant-based foods including avocado, seeds, and nuts.

How to Choose Perfect Avocados (Nearly) Every Time