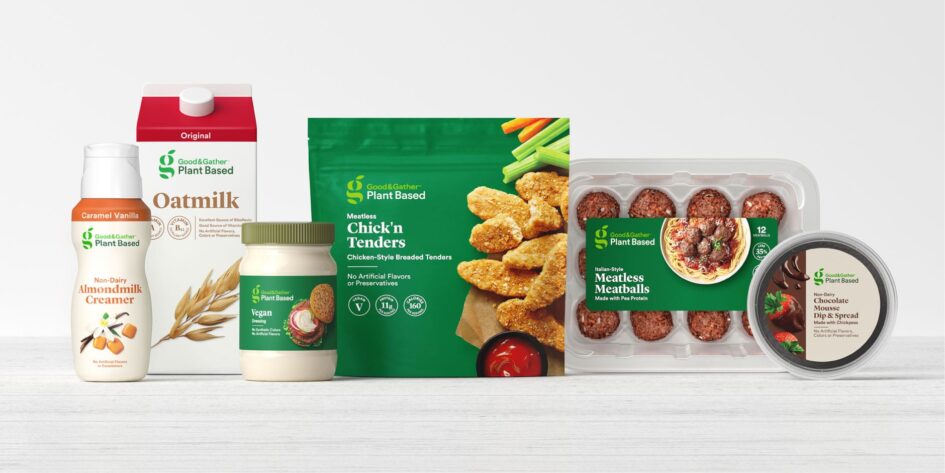 Target is launching a new line of plant-based goods! The brand will offer a whopping 30 new plant-based items, all for just $8 or less. The Good & Gather Plant Based line is an extension of Target’s popular and affordable Good & Gather brand.

While Good & Gather has a few plant-based items, such as vanilla oat milk and veggie chicken tenders, the new line will provide many more options. Exciting new choices include seasoned cashew dip and spread, caramel-vanilla almond milk creamer, Buffalo-style cauliflower wings, and Italian-style meatless meatballs. The new products will roll out both in Target stores and online from now through this fall.

According to Target, the number of plant-based options available in its stores has increased by five times over the past three years. Rick Gomez, executive vice president and chief food and beverage officer at Target, stated:

Guest demand for plant-based offerings is incredibly high and continues to grow. By adding Good & Gather Plant Based to our curated assortment of plant-based offerings, we’re giving guests more of what they want and making it easy for them to discover the joy of food every day.

The company even featured vegan vlogger, chef, and actress Tabitha Brown on their social media pages! She spoke on #BlackGirlMagic and promoted Partake, a Black-woman-owned vegan cookie company whose products are sold at Target.

Some of the most robust growth was in the plant-based meat category, with sales growing twice as fast as those of animal meat over the same year. The numbers were also impressive for plant-based milk, purchased by 39 percent of U.S. households.

With affordable plant-based options trending at grocery stores around the country, there’s no reason not to add more delicious animal-free meals to your routine! Download our FREE Vegetarian Starter Guide to learn how.