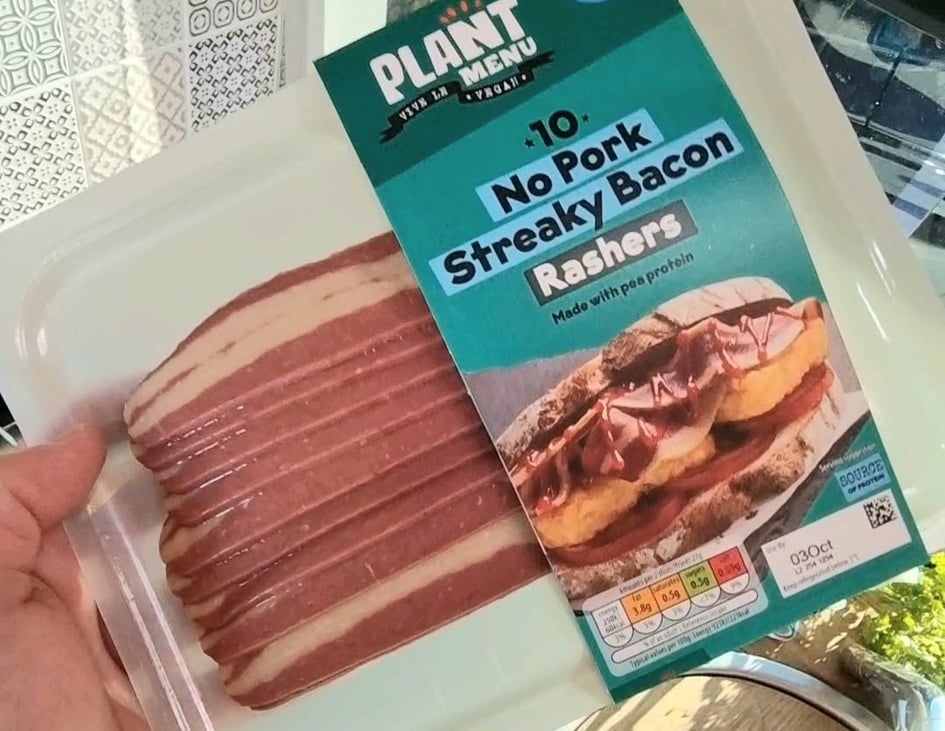 Aldi followers not happy over the supermarket’s latest vegan product

The supermarket giant has caused a stir this time with the launch of the brand new ‘No Pork Streaky Bacon Rashers’, as Aldi followers & consumers demand the product be renamed.

The Streaky Vegan Bacon comes in packs of 10, costs £2.19 and is part of the popular Plant Menu range.

It all sparked off initially on a Facebook post by Aldi, with a picture of the plant-based bacon, saying: ‘Who said vegan needed to be boring (and expensive)? Not us

So far the post has over 10,000 comments with enraged meat-eaters and vegans all having their opinion on the name of the product.

One commenter said: ‘Getting p*ssed off with this now. You don’t want to eat meat so why the hell would you want to eat a product that resembles it?????‘

Another commenter said: ‘Bacon is bacon which is meat this isn’t so don’t call it bacon!’

With vegan commenters retorting: ‘Maybe the meat version should be called “sliced pig back or side”. You know, for the sake of accuracy and all that.’

And another vegan commenting: ‘Don’t know why so many people get angry that no pigs were tortured in a gas chamber for this!’

Do you think Aldi should rename the bacon or keep it as it is? Please leave a comment below