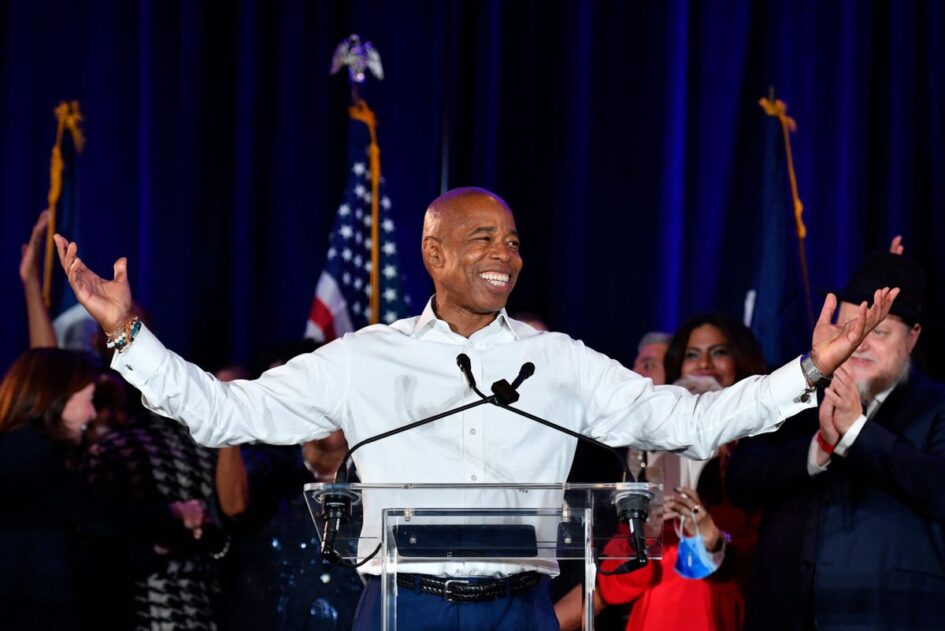 With his win on November 2, Brooklyn borough president and former NYPD captain Eric Adams becomes the 110th mayor of New York City – and the first vegan to ever hold top office in the Big Apple. Adams defeated Republican candidate Curtis Sliwa winning a resounding 66 percent of votes cast. And while we don’t know that his veganism motivated a lot of those votes, Adams has been a vocal advocate for plant-based lifestyles.

Why Is Eric Adams Vegan?

The vegan journey of Eric Adams began in 2016, when he woke up one morning straining to see. Facing a Type 2 Diabetes diagnosis that left him nearly blind, Eric Adams decided to fight the disease head-on by changing his diet and making what he has described on the on the Eat for the Planet podcast as, “a complete turnaround with my entire body, from the food.”

“I went to a whole food, plant-based diet,” Adams shared on the podcast. “My eyesight cleared up… all the nerve damage in my hands and feet disappeared. They told me it was irreversible.”

While the mayor-elect did step out to celebrate his win with a JUST Egg Plantega wrap, his general approach to veganism isn’t just a straight swap of beef burgers for Impossible patties. He puts unprocessed fruits and vegetables at the forefront of his diet. “Mine was a plant-based change. Sometimes it’s misleading if we just say vegan because Oreo cookies are vegan,” told Grub Street earlier this year. “The closer to the original form, the less processing, the better.”

How Will Being Vegan Influence His Policies as Mayor?

The influences of a vegan approach can also be seen in policy ideas from Eric Adams, especially when it comes to public health and dealing with food inequities within New York City. As Brooklyn borough president, Adams championed urban agriculture projects to combat food apartheid, and led the charge to ban processed meats from New York City public schools.

“We cannot continue feeding our children substances that are scientifically proven to increase their chances of cancer later in life,” remarked Adams while advocating for the ban. “There’s absolutely no reason why we should continue poisoning our children’s health with processed foods.”

RELATED: What Is an ESG Rating – and Why Are Plant-Based Food Companies Getting Such Bad Ones?