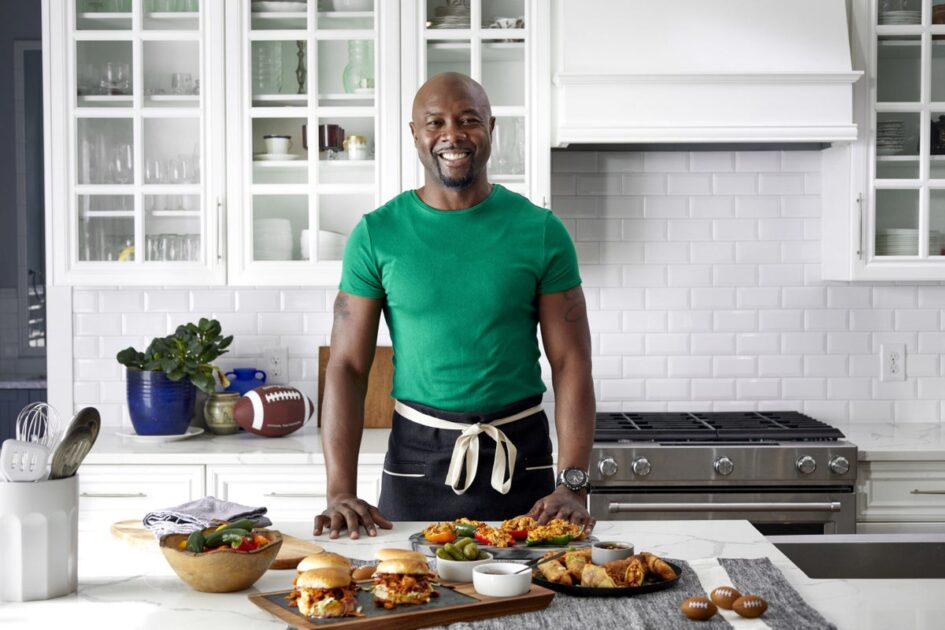 Of the foods that come to mind when someone says “snacks for watching the big game,” most aren’t plant-based. Heck, even footballs themselves are called “pigskin” (though they’re not actually made of pigs). But former Carolina Panthers NFL player Eddie Jackson is working to change that perception. Now a chef, Jackson has teamed up with vegan product line Sweet Earth Foods to encourage game day snacking that’s full of protein and nutrients, but without the meat.

“I couldn’t be more excited to work with Sweet Earth Foods to bring a new lineup of veggie-forward recipes to people’s game day tables this year,” says Jackson. “We don’t know who will win on the field, but I can assure you these Plant-Based Chik’n recipes will win over anyone’s tastebuds.”

RELATED: The Best Veggie Wing Recipes for Game Day (or Any Day)

Start Your Plant-Based Holiday Meals with This Game Plan