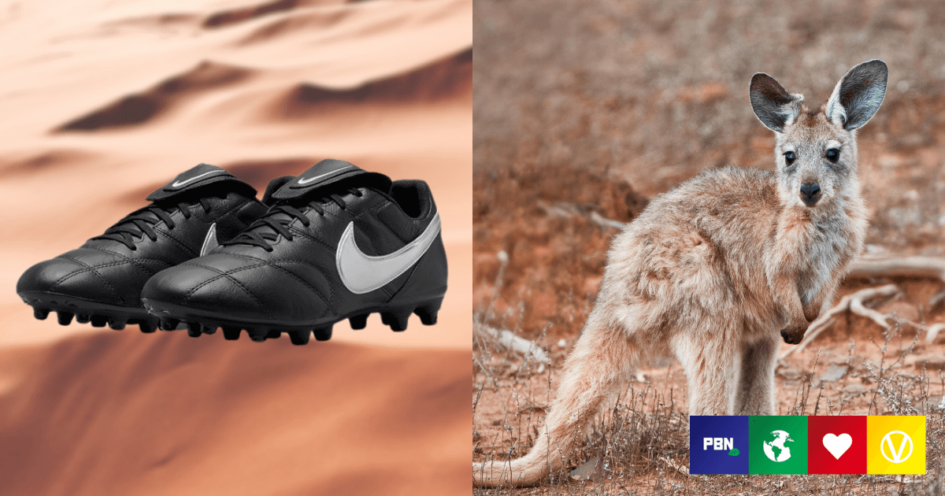 Nike has come under fire for using kangaroo skin to make its leather football shoes. Animal rights advocates in Australia say the world’s largest footwear company is helping to drive the species to extinction.

Protesters gathered at Nike’s stores in Sydney, Melbourne, and Brisbane over the weekend to urge the company to switch to vegan alternatives.

Nike is the largest buyer of kangaroo leather, according to a press release from the Animal Justice Party NSW (New South Wales, the state Sydney is located in).

More than 40,000 kangaroos are killed every month for this reason in NSW alone, the party says. The figure does not include kangaroos killed by farmers, from recreational hunting, as roadkill, or joeys, whose deaths are not counted.

The group was joined by more than 15 international and national organizations on the weekend for the Nike-focused animal protection campaign.

“It is no different to the bludgeoning of baby harp seals overseas that Australians are often quick to detest. The massacre of our native animals is a terrible price to pay for a pair of shoes,” he added.

“Nike must take ownership of its contribution to the bludgeoning of thousands of joeys to death every night, and the regional extinction of kangaroos already happening across Australia,” Pearson said.

It’s been long-accepted that Australia is home to an abundance of kangaroos, which only inhabit a handful of countries. But a recent Parliamentary Inquiry confirmed that the commercial industry is “driving kangaroos to extinction,” Animal Justice Party’s press release says.

One Liberal MP, who sat in on the inquiry, had a “crisis of conscience,” it adds, and took their concerns to the media.

Person continued in his statement: “There are countless plant-based alternatives to animal skin leather, and Nike has the chance to lead the way in developing the world’s best vegan football boots that are better for the planet and all animals.”