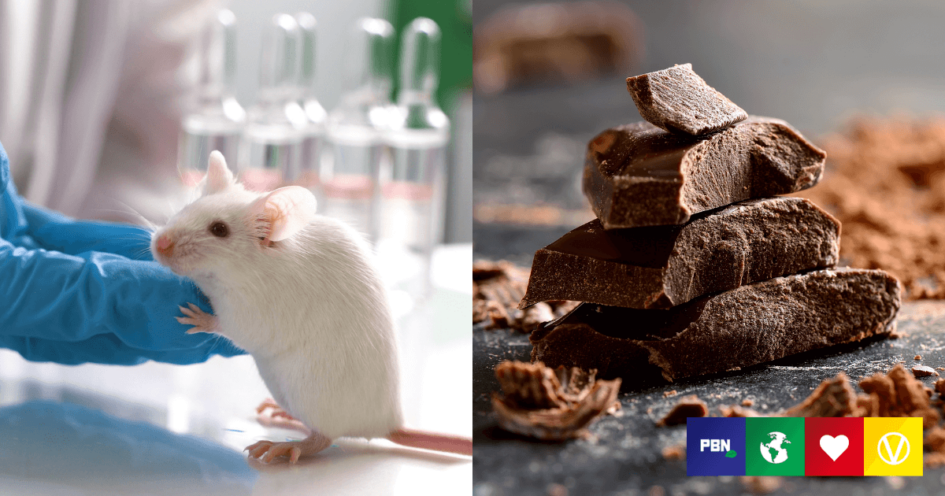 Blommer Chocolate Company – said to be the largest chocolate manufacturer in North America – has pledged to stop testing on animals.

‘We do what is right’

The 82-year-old company made the commitment following pressure from People for the Ethical Treatment of Animals (PETA).

PETA reached out to Blommer after learning that the company had provided products for lethal experiments on at least 172 mice, according to a press release.

Subsequently, Blommer announced it will ‘not fund, conduct, or commission animal testing’. Further, the company ‘will place stipulations on product donations for experiments that product not be used in deadly animal testing’.

Blommer supplies products to several industries, including the confectionery and baking sectors. The company’s recent commitment aligns with its ‘core values’, which include ‘integrity’. On its website, Blommer claims: “We do what is right – even when no one is looking.”

The decline of animal testing

“Banning wasteful, curiosity-driven, lethal animal experiments is a win for those imprisoned in laboratories and consumers alike.

“PETA is leading the effort to end these tests in the global food and beverage industry.”

Blommer joins the ever-growing list of companies taking a stand against animal experiments.

The world’s fourth-largest candy company, Meiji Holdings, which is bigger than Nestlé and Hershey’s, also vowed to end tests on animals.