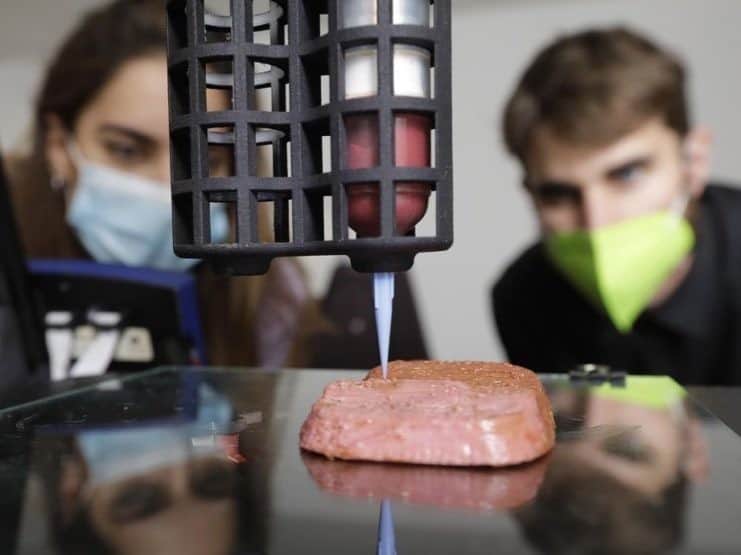 is the theme of this year’s Alt Protein Conference, organised by and . Experts in the field of proteins of the future will be speaking, including Giuseppe Scionti, CEO and founder of , a Spanish company that develops plant-based and 3D cellular meat.

According to the event’s official website, attendees will be able to learn “about the key business opportunities in alternative proteins as the field moves towards hybrid products and network with business leaders and scientists from both cellular agriculture and the plant-based alternative protein industry.”

The event will be in English and will be held virtually this 9 September from 4pm until 10:35pm CEST. Those interested can

Founded in 2018, NovaMeat has received funding from New Crop Capital, the private equity fund that focuses on investing in the plant-based sector, including companies such as Beyond Meat, Zero Egg and Good Catch, among others. Earlier this year vegconomist en español reported that the Spanish government had invested €250,000 in NovaMeat, which came from the NEOTEC programme of the CDTI (Centro para el Desarrollo Tecnológico Industrial).

The company also claimed this year that it had developed the

“I personally believe that the future of alternative meat will not be black or white (i.e. with or without animal cells) but a variety of hybrids, where we will have novel products simultaneously exhibiting both the main advantages of plant-based strategies in terms of time and cost-efficiency, and the main advantage of cultivated meat strategies in terms of authenticity,” Giuseppe Scionti told vegconomist last year.