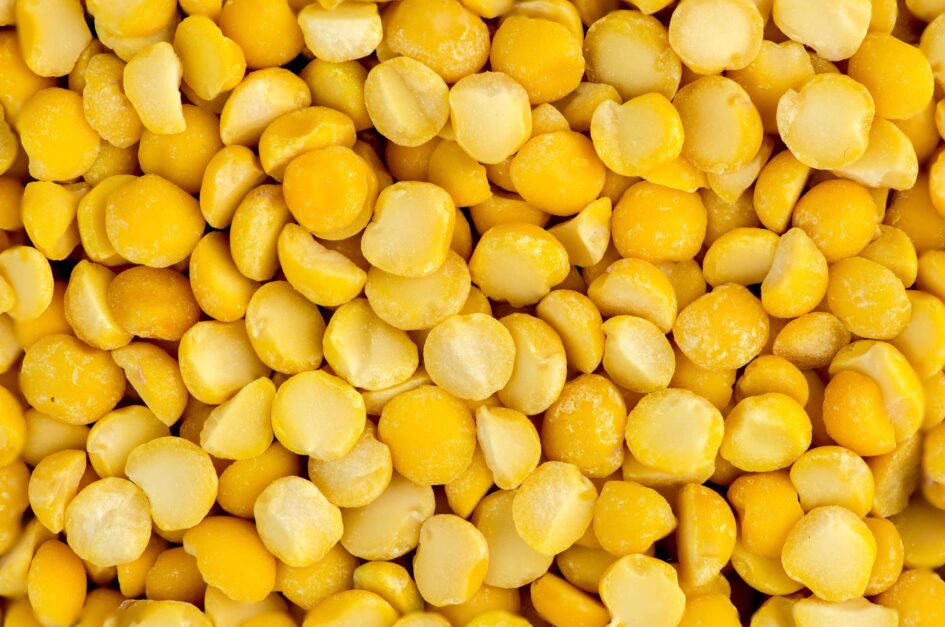 is a British company making texturised protein and other products from locally-grown yellow peas. And as consumers begin to demand alternatives to imported soy, demand is soaring.

Novo’s yellow pea protein is used to produce plant-based products such as burgers and sausages. The company also makes pea flour and pea crumbs, as well as its own pea-based snack brand Simpleas.

This June, Novo announced it had from investors including billionaire Richard Koch. Following the round, the company says it is planning an expansion.

Novo told that it had bought new equipment and was planning a move to a larger site. The move will allow the company to increase production of its existing products, as well as launching new ones.

A growing number of consumers have concerns about soy due to GMOs, allergies, and the clearing of rainforests to grow the crop. Most soy in the UK is imported, leading many to view it as unsustainable.

But according to Novo Farina, yellow peas could be the answer — the crops used by the company are grown locally in Norfolk, the same county where Novo is based. Last year, Novo used 600 acres of peas, but this could rise to 10,000 acres within five years as the company expands.

Globally, the market for yellow pea protein is projected to through to 2026, and companies are using the crop to make everything from to .

“The main advantage of peas is the sustainability benefit,” Novo Farina director Rob Alston told Eastern Daily Press. “Pulses are leguminous, with minimal artificial fertilisers, and they are fixing nitrogen in the soil.”

He added, “The reason farmers have not grown peas in the past is the prices have been historically poor. Novo Farina is paying a premium to the farmers, and they know they are growing them as part of a sustainable system.”