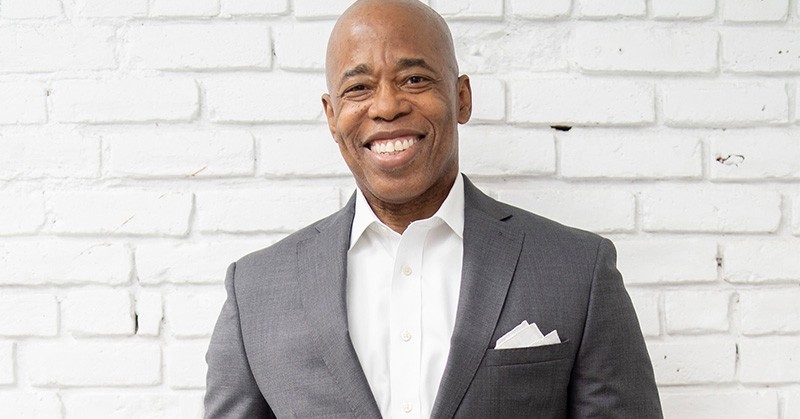 NYC’s new mayor Eric Adams is vegan and wants people to eat plant-based. After experiencing diabetic symptoms five years ago, the former Brooklyn Borough President decided to make changes to his diet and lifestyle. Since his health scare, Adams has transitioned to vegan living, advocated for farmers markets in underserved communities, banned bologna from school lunches, and added nuts and protein bars to the vending machines of Brooklyn Borough Hall.

While Adams transitioned to a vegan diet primarily due to being diagnosed with Type 2 Diabetes, NYC’s first vegan mayor believes that health, animal welfare, and environmental factors are all connected. For this reason, Adams feels it is imperative to view a plant-based diet from a place of not only benefiting our health, but also as a way to save the animals and Mother Earth.

As Brooklyn Borough President, Adams implemented several programs to benefit the health of Brooklyn residents, such as paving the way for a plant-based medicine program through NYC Health + Hospitals/Bellevue, which is NYC’s largest medical system.

Back in May, Adams authorized a $10,000 grant to support plant-based nutrition education at the State University of New York (SUNY) Downstate College of Medicine, which resulted in the establishment of the Food as Medicine Initiative. The program has now become part of the existing nutrition studies, and teaches future medical professionals about the health benefits of a plant-based diet.

In order to achieve his goal of making plant-based foods more accessible in schools, Adams worked with former NYC Mayor Bill de Blasio to incorporate Meatless Mondays at 15 schools in Brooklyn. De Blasio later extended the program to all 1,700 NYC public schools in 2019. That same year, Adams also implemented Resolution 238, a program that aided in the removal of processed meat such as bologna, pepperoni, and hot dogs from public school menus throughout NYC.

While Adams is paving the way for NYC’s health and wellness through plant-based initiatives, the Mayor feels that the government shouldn’t tell people what kinds of foods they should be eating in their own homes, but rather, that the government shouldn’t use taxpayer dollars to feed unhealthy meals to the community. For this reason, Adams plans to continue to lead the way for programs that support plant-based living through governmental resources like the Department of Education and the Department of Health and Mental Hygiene.

In addition to being a politician, Adams is also a published author and released his latest book, Healthy at Last, in October 2020. In the book, Adams tells his story of how plant-based eating transformed his life, as well as how diet-related chronic illnesses affect communities of color. He also shares over 50 vegan recipes so readers can make his tasty vegan meals at home.

Adams has also been featured in the documentary They’re trying to Kill Us, which highlights how diet, poverty, and systemic racism are connected.

For more information on the new NYC mayor and his policies, visit EricAdams2021.com.