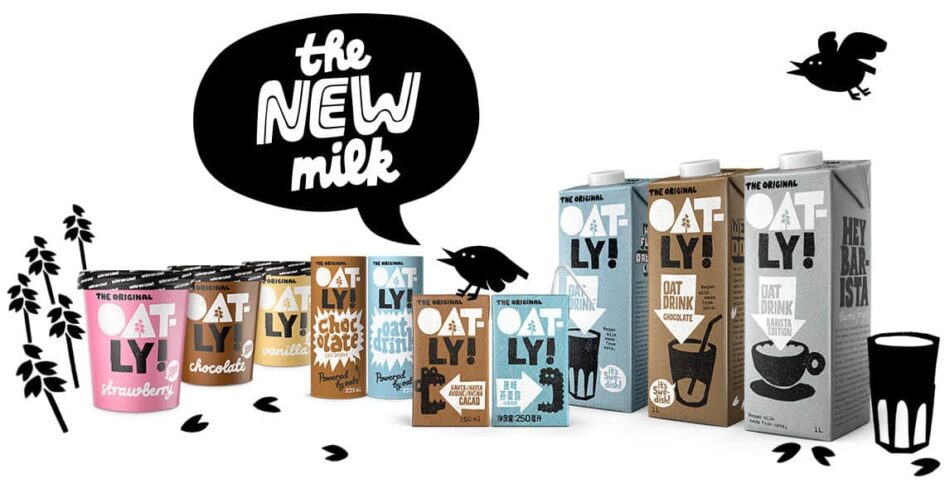 , the world’s largest oat drink company, has launched a new vegan ice cream flavour in the UK. The oat-based Mint Chocolate dessert launches at Sainsbury’s and this month, followed by Tesco in November.

The ice cream is described as “fresh” and “leafy green”, with dark chocolate chunks and no synthetic ingredients. The new flavour is the latest in Oatly’s plant-based ice cream range, which also contains the flavours Fudge, Strawberry, and Salted Caramel.

As plant-based eating continues to surge in popularity, Oatly is seeing success across the globe — its Q2 results forecast a . In August, the company announced plans to open its biggest North American factory yet, which will produce up to .

Earlier this year, Oatly celebrated a successful IPO which left it with an enterprise value of . Following the IPO, it , entering into a partnership to manufacture its products outside of Europe and North America for the first time ever.

“The introduction of our new Mint Chocolate ice cream is another instance of us making it easier for people to take the leap to plant-based,” said Ishen Paran, General Manager at Oatly UK. “We’ve put an Oatly spin on a flavour everyone’s been asking for – and we think it will go down a treat with ice cream lovers.”