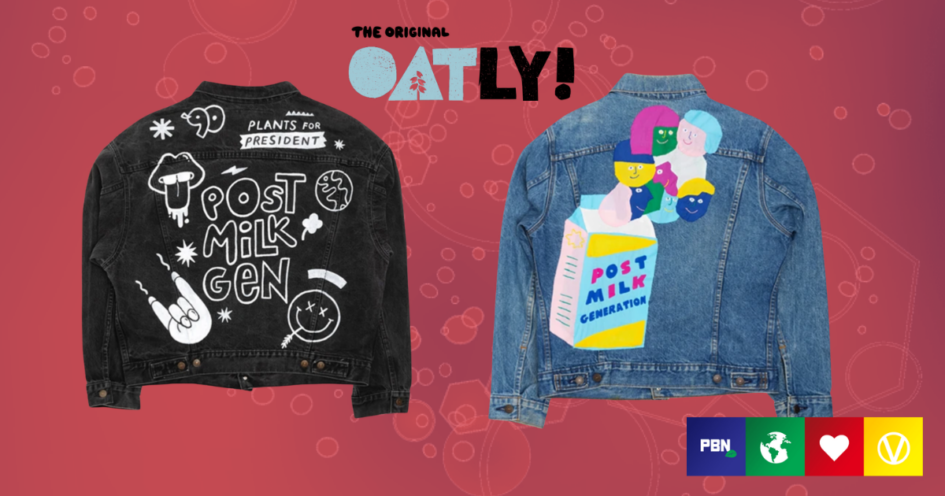 Swedish oat milk giant Oatly has launched its first-ever limited-edition collection of reworked vintage clothing. The denim jackets were released over a four-day window at $250 a piece: but the plant-based brand confirms there’s more to come on the sustainable fashion front in the future.

‘Why have we been selling new clothing? Is there a more environmentally friendly way to let people show their support for the plant-based revolution?’, the company said in a statement.

And that’s why it is prioritizing sustainability by championing fashion pieces already in circulation. For context, clothing and footwear production is estimated to produce eight percent of the world’s greenhouse gas emissions (GHGs).

This is according to the UN. And, a senior figure within the organization revealed if we continue the current mill, GHGs will double by 2030.

‘It wouldn’t be Oatly if we didn’t find ways to constantly improve and strive to make everything we do and put out into this world, environmentally thoughtful’, Heidi Hackemer added.

Sustainability is at the core of the range, which features rising female artists. Among the designers are Stephanie Santana, Lindsey Made This, Jessica Warby, Nicole Chui, Ellen Jong, and Emma Hall.

And, all the proceeds were donated to The Lower Eastside Girls Club (LESGC), which is a non-profit organization that connects women and gender-expansive young people in New York City.

Here, they receive free mentoring and plant-based meals after school, made from food grown in its own rooftop garden.

The window for ordering one of the jackets closed on October 22. But Oatly promises more are to come: and just in time for Christmas.