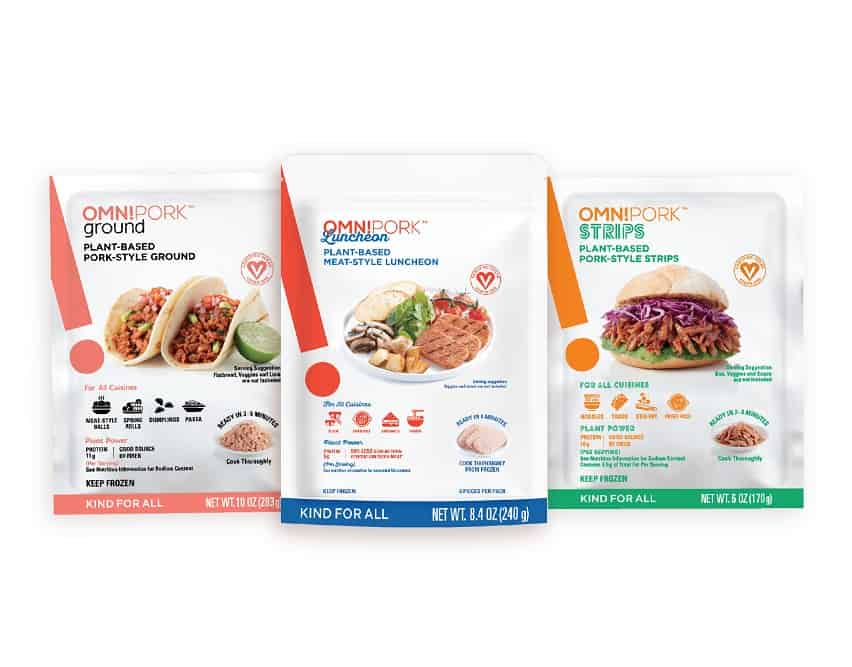 Hong Kong’s has continued its rapid global expansion with a launch into Australian supermarket chain . The brand’s plant-based spam and pork mince will be available at almost a thousand stores nationwide.

It’s the latest in a long line of worldwide partnerships for OmniFoods. Most recently, its products launched at in the US, along with . And earlier this year, it expanded into , in addition to previous launches in and .

Woolworths is an ideal partner for OmniFoods, as the supermarket has been continually expanding its vegan range over the past two years. It now stocks products such as Deliciou’s , Veganz’ , and Fable Foods’ . The chain has also been considerably increasing its range of , and recently invested in plant-based brand .

But while the Woolworths launch is significant, OmniFoods won’t be stopping there — the company has ambitious plans to change the way the world eats for the benefit of animals, the environment, and human health. Eventually, it aims to become the world’s .

“By providing our growing consumer base with a healthy and delicious plant-based pork alternative, we continue to fulfill our mission to construct a multi-faceted global ecosystem of future food that helps to combat climate change, food insecurity, public health crisis, planetary devastation, and animal suffering,” said David Yeung, founder of OmniFoods.