One Person’s ‘Trash’ Could Be Your Treasure 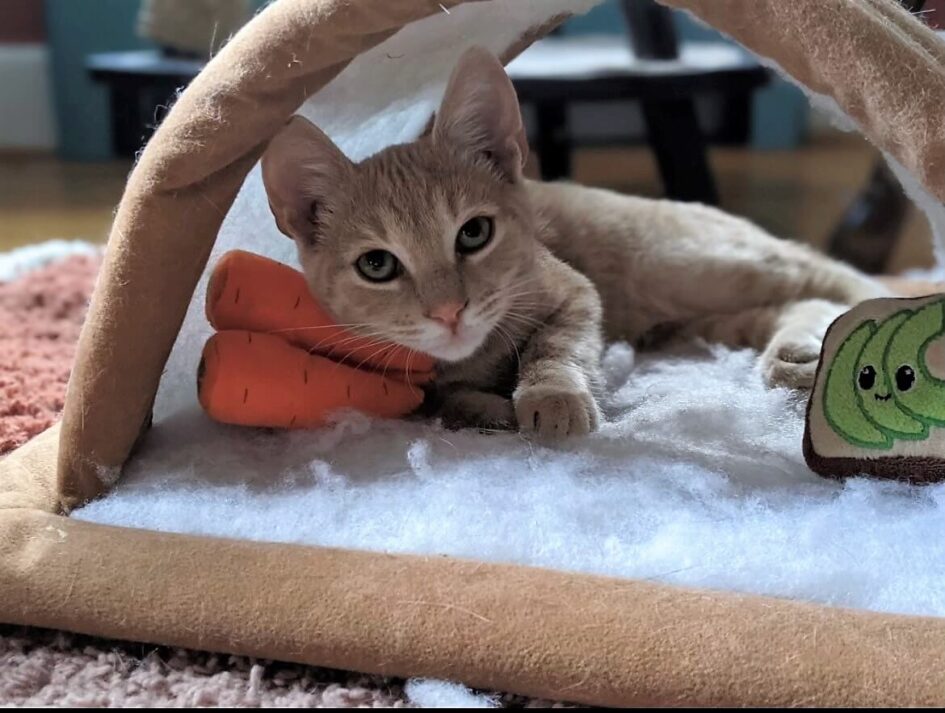 Oscar the Grouch may like living in a trash can (as much as he’s capable of liking anything), but for Oscar the cat, a garbage bin was hardly his preferred home—rather, it was simply the closest thing to shelter he could find.

PETA fieldworkers stumbled upon Oscar’s malodorous domicile when they stopped to use the restroom at a gas station in rural Virginia. Upon spotting the PETA logo on the fieldworkers’ van/T-shirts, an employee told them that s/he was worried about a skinny kitten who had been hanging out around the dumpster after being abandoned there several days earlier. Sure enough, that’s where the fieldworkers found Oscar, a 5-month-old copper-colored tabby, whom they scooped up like a lucky penny and brought back to the Sam Simon Center—PETA’s Norfolk, Virginia, headquarters. 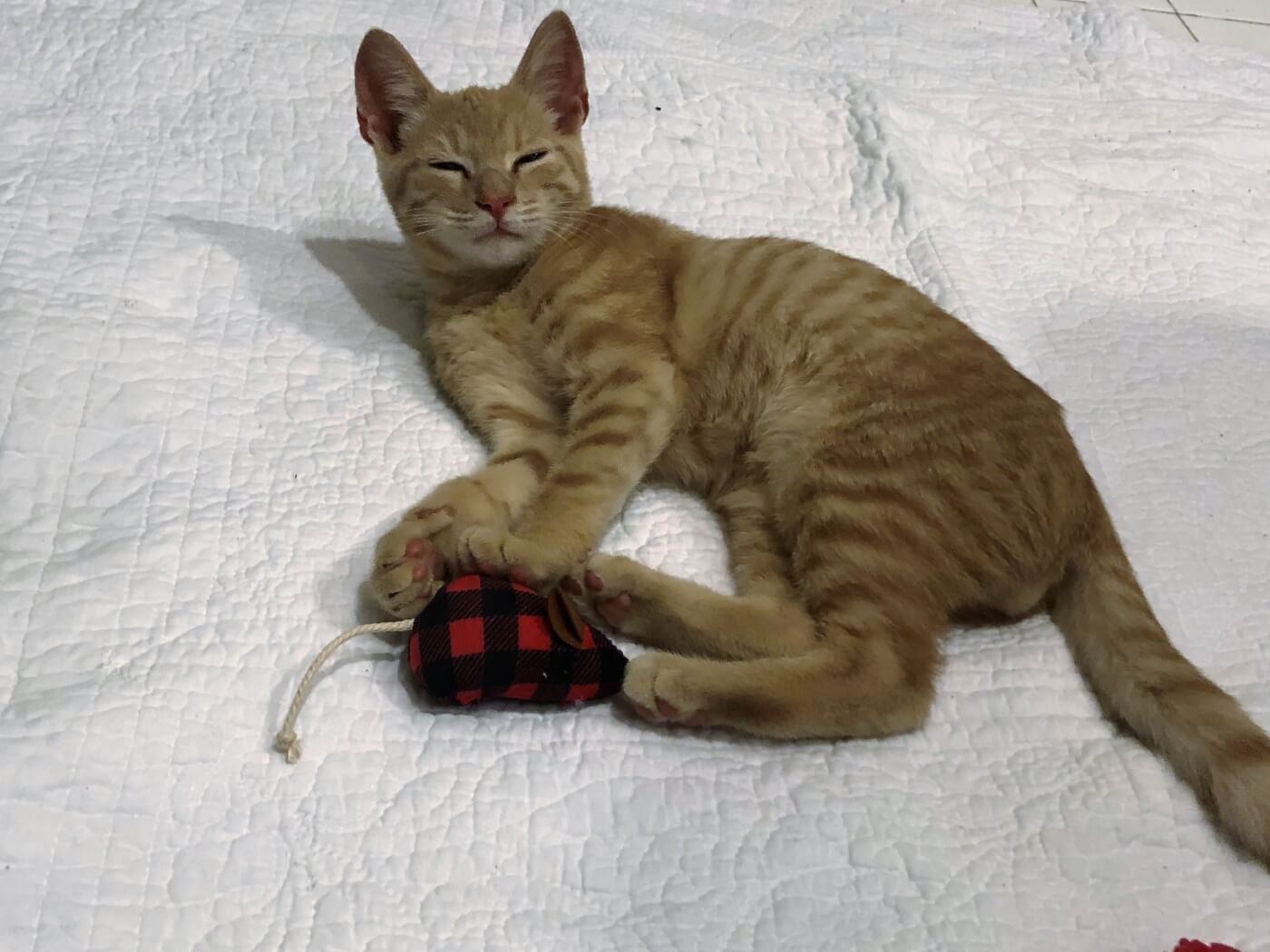 Unlike his Muppet namesake, Oscar the kitten is no grouch. On the contrary, his foster parents report that he’s as mild-mannered as Ernie, as ticklish as Elmo, as goofy as Grover, and as fearless as Gonzo. 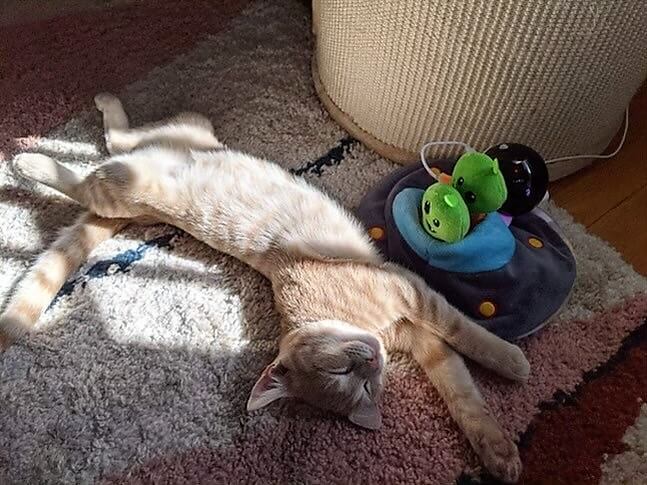 One thing Oscar the kitten does have in common with Oscar the trash can denizen is his love of repurposing found objects as toys or hiding spots.

If you want to feel like you’ve won a major award, e-mail [email protected] to find out how this Oscar could be yours.

Get to Know Oscar and Other Adoptable Animals

Cannabis Edibles Do Expire, So You Should Probably Trash That Six-Month-Old Cookie