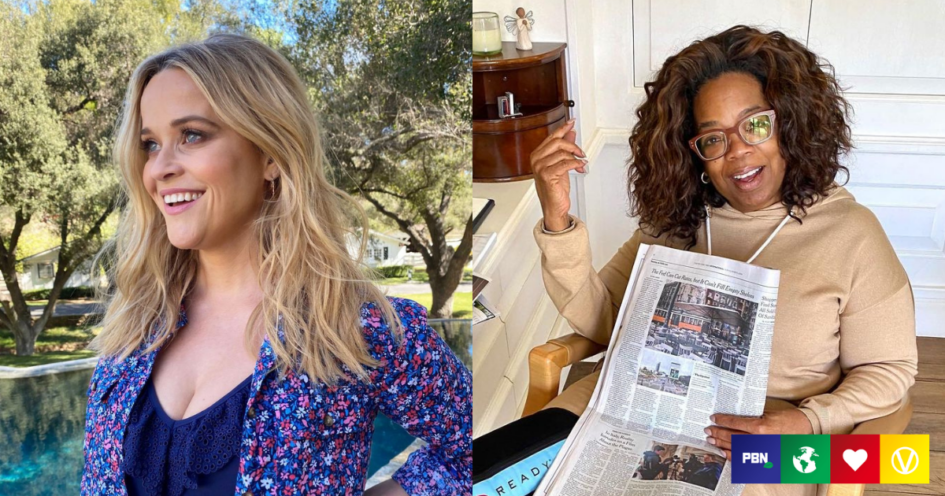 Oprah Winfrey and Reese Witherspoon are among the big names to feature in a new meatless cooking show. This week, Mary McCartney – the daughter of vegetarian legend Linda McCartney – will debut her show, Mary McCartney Serves It Up.

For the show, the photographer and author invites celebrities into her London home – including her father Sir Paul McCartney, and younger sister Stella McCartney.

“In addition to the mouthwatering holiday recipes, viewers will learn surprising details from Oprah Winfrey and Reese Witherspoon,” teased Courtney White, president of the food network.

“Nothing inspires me more than cooking and entertaining my family and friends all year long,” she said in a statement. “During the holidays I like to add a little extra magic. And so I’m excited to share more of my vegetarian recipes and tips for hosting fabulous, festive gatherings,” she added.

Here, McCartney serves up British classics including a vegan Yorkshire pudding and trifle. As well as her father’s favorite cocktail, a Maccarita.

The season commenced on Tuesday, November 23 and is available on Discovery+ here

Water, The Lifeblood of Cooking