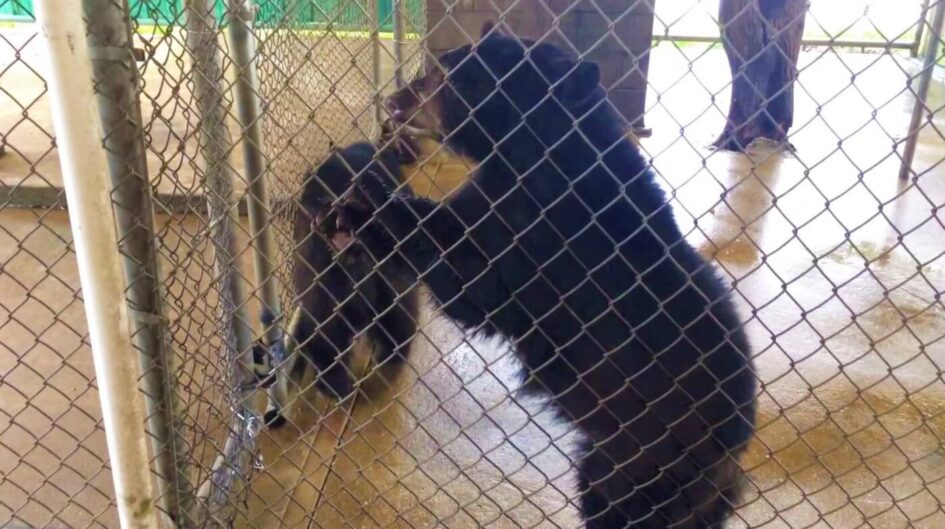 BREAKING: Oswald’s Bear Ranch owner Dean Oswald seemingly tried to conceal that a bear in his custody had run loose for days, resulting in the animal’s violent death. Now, after PETA uncovered Oswald’s lies from public records and urged the U.S. Department of Agriculture (USDA) to investigate this and other matters, we’ve learned that the agency just filed a formal complaint—which could result in fines and/or a license suspension or revocation—against the roadside zoo over the incident. The agency noted that Oswald had provided false information about the escape (which also involved another cub), writing in the complaint that he had “not shown good faith.”

“The bears suffer greatly at Dean Oswald’s dishonest, dysfunctional operation, and the government is doing something about it,” said PETA Foundation Deputy General Counsel for Captive Animal Law Enforcement Brittany Peet in a statement.

The cubs escaped from Oswald’s Bear Ranch during a power outage on April 12, 2019. One was quickly recovered, but the other—named Sophie—was shot and killed when she was found three days later ripping screen windows off a neighbor’s home and climbing onto his car. Oswald lied to USDA officials regarding when the bears had escaped and how long they had been at large, claiming that the power outage had lasted until April 15, the day that Sophie was found. The agency later determined that the outage had actually ended on April 12.

Oswald’s Bear Ranch also regularly misleads the public by marketing itself as a “rescue” facility, despite having bred 13 cubs in the past 25 years and purchased or acquired 77 more from dealers, including at least a dozen bears in the past three years alone, to exploit for entertainment.

The USDA’s formal complaint alleges, too, that Oswald’s Bear Ranch violated the federal Animal Welfare Act by feeding bears unhealthy and inappropriate food, including “restaurant scraps, donated meat, produce and dog food.” PETA had previously alerted the agency to this issue as well.

“PETA urges the USDA to hold exhibitors’ feet to the fire and asks the public to do its part by avoiding facilities that exploit baby animals for profit,” Peet said.

Before Sophie’s premature death, PETA obtained damning video footage showing her and two other bears—Ashley and Sassy—pacing and crying out:

In nature, bear cubs spend their time playing, exploring, and socializing with one another and their mother. But at Oswald’s Bear Ranch, cubs are used for photo ops, which are highly disruptive and can result in long-term psychological stress. When not being used as props, these juvenile bears are confined to concrete-floored enclosures, which can be especially damaging to their fragile bones and muscles and can lead to painful and debilitating joint problems as they age.

No animals should ever be confined to cramped cages and forced to suffer just so that humans can take photos with them (or for any other reason). Don’t let Oswald’s Bear Ranch continue to get away with this exploitation—click below to urge the roadside zoo to send the remaining bears to accredited sanctuaries before more of them die: