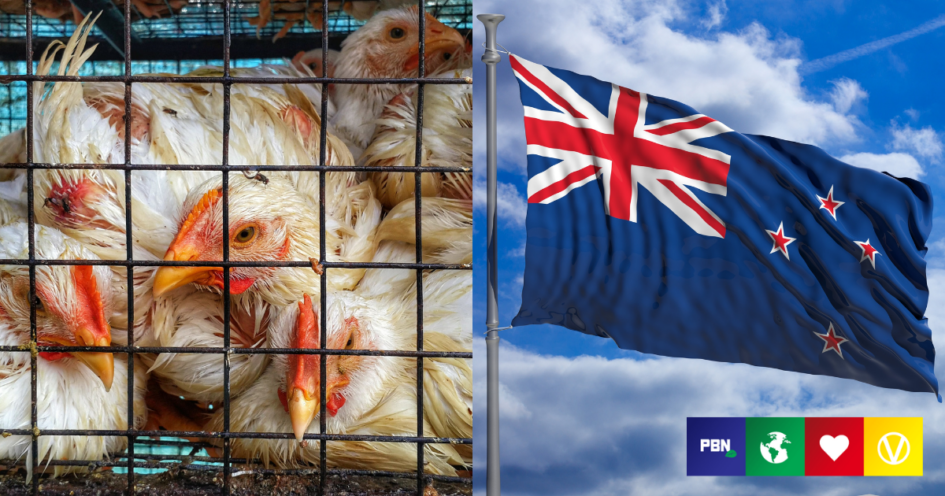 New Zealand vets in their hundreds are urging the government to outlaw colony cages.

The ‘cruel’ cages are the size of a piece of A4 paper and pack 80 laying hens tightly together in intensive farms. And currently, more than 1.2 million chickens are confined inside them.

They warn the politician that the current cages are in breach of the Animal Welfare Act 1999 and dismiss the welfare needs of laying hens.

“All animals deserve a life worth living, and hens are no exception,” it reads.

The letter was published by the New Zealand-based animal rights organization, SAFE.

It comes three months after a petition surfaced with a view to making the practice illegal. Campaigners say it causes ‘severe’ overcrowding.

At the time of writing it has garnered 14,555 signatures of support.

Elsewhere in the world, there have been positive changes to the use of cages in the farming industry. For example, colony cages are either already banned, or being phased out across several European countries.

Furthermore, cages in their entirety will be removed from Europe’s agriculture system by 2027 – following a 1.4 million strong petition.

Come March 2022, New Zealand will take its shot as SAFE is delivering the petition to New Zealand Parliament.