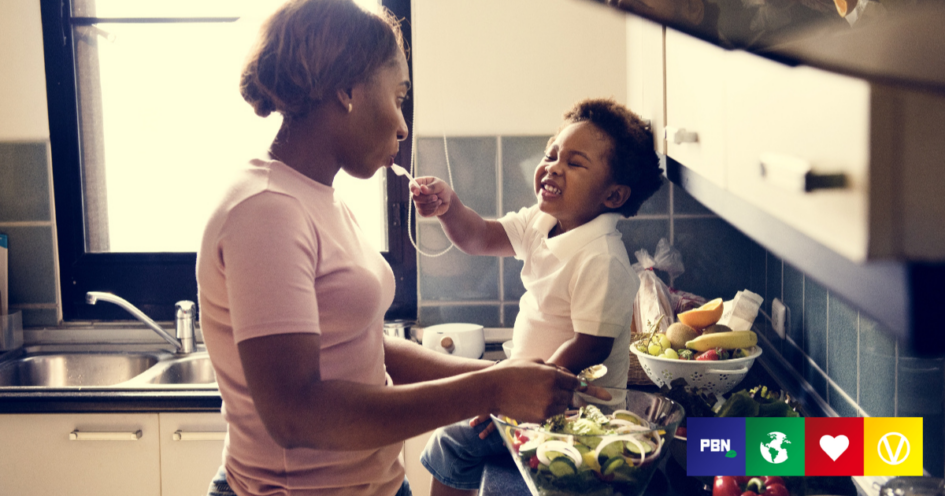 More than half of British families say they’d consider removing meat from their diets if they knew it would benefit the environment, in a new study by vegetarian giant Quorn.

Additionally, four in ten currently follow either a flexitarian or meatless diet.

Quorn, which makes meat substitutes, surveyed 2,000 families across the nation.

Among the key findings is that over 40 percent of parents say their children have ‘at some point’ followed a meat-free diet.

Moreover, 60 percent admitted that our diets collectively need to change in order to protect the future of our environment.

And, 42 percent said they’d shared meatless recipe diets with friends. This is in order to encourage more ‘planet-friendly’ eating, the survey says.

The meat-free giant commissioned the survey in conjunction with the release of its vegan dinosaur-shaped nuggets and a major new ad campaign.

This involved creating a three-meter dinosaur structure and placing it at Westfield Shepherd’s Bush Shopping Centre in London.

Shoppers were met with a ‘giant roar’ stretching 75 decibels. Quorn believes its Roarsomes nuggets, which come in T-Rex, Brontosaurus, and Stegosaurus shapes, offer a healthy meat alternative for families especially.

In a statement, marketing director Gill Riley said: “I think every parent can relate when it comes to trying to inject some fun into mealtimes. With Quorn Roarsomes, not only will dinner time be fun for kids, but it means families can also play their part in helping our planet by swapping meat for a delicious and sustainable meat-free dinosaur treat.

“We cannot wait to see the reactions to our ‘Roar-some’ new addition to the Quorn family!”