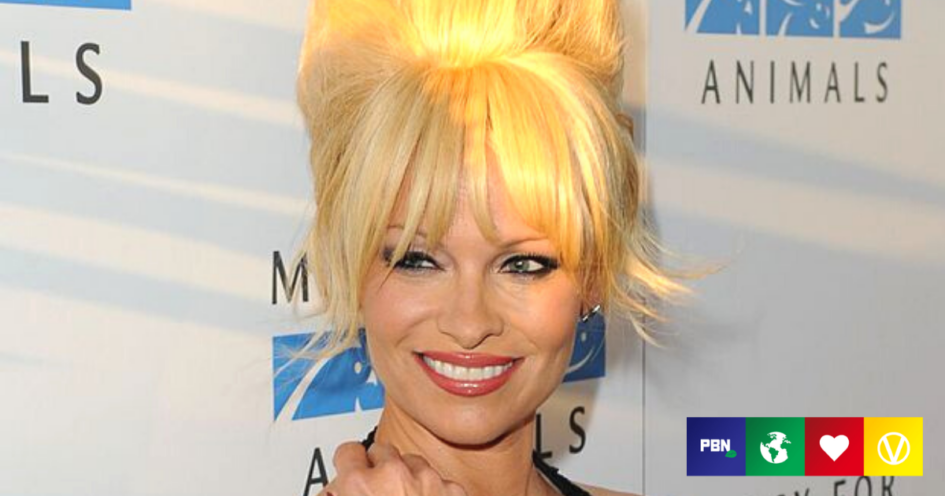 While not everyone is a fan of celebrity culture, it can’t be denied that celebrities have the power to influence thousands of people. So when they speak publicly about plant-based living, the effect can be massive, often inspiring people to go vegan themselves.

Here are some of the celebrities who are helping drive the cruelty-free and vegan movements this week.

Vegan actor Pamela Anderson recently donated $100,000 worth of plant-based food to animal rights organization PETA. The funds will be used to produce 10,000 Methane Offset Started Kits, which are being sent to members of the California legislature.

The move is in response to the ‘climate crisis-fueled wildfires’ that have been spreading across California.

The kits include plant-based foods like tofu, meat-free jerky, vegan chocolate, dairy-free creamer, and soybean seeds. They also come with a book of matches sporting the message: “Code Red! Wildfires Are Raging. Not Vegan? You’re Basically Striking the Match.”

Vegan NBA star Chris Paul also participated. Both Paul and Jay-Z have invested in plant-based meat brand Beyond Meat, too.

“The mission of Misha’s directly aligns with our values. When we first discovered Misha’s we found some immediate synergies,” Jay Brown, co-founder of Marcy Venture Partners, said in a statement.

Earlier this week, it was reported that Fresh Vine Wine is now the wine partner of the Los Angeles Chargers.

The multi year partnership will see Debrov and Hough’s wines being served at select bars at the NFL team’s SoFi Stadium.

In June, Hough, who is also a dancer, spoke to Harper’s Bazaar about her plant-based diet. “I sound so L.A. right now,” she said. “But it’s because my body needs it. Because trust me, I love flour, I love sugar, I love cookies, I love all the things. But I’m really just trying to focus on my health from the inside out.”

In May, Debrov said she was thinking about becoming a vegan after learning more about the fishing industry, although it’s not clear whether she is now vegan.

Crenn – who is the first woman in the US to be awarded three Michelin stars – removed animal-based meat from the restaurant’s menu in 2018 for sustainability reasons.

Now, the chef is planning to reintroduce meat to the menu, but this time, slaughter-free versions (to learn more about cultured meat, please see here).

Speaking about UPSIDE Foods’ cultured meat, Crenn said: “When I tasted it, I was like okay that’s it…this is the future.”

Michelin-star chef Josef Centeno recently updated multiple recipes at his Bar Amá restaurant in Los Angeles, CA. Centeno said he is removing dairy cheese from several of his popular dishes, and replacing it with vegan versions.

“​​Cheese is a key ingredient in all of my cooking, but especially at Bar Amá; my Tex-Mex restaurant,” Centeno said. “After trying the So Delicious cheese alternatives, I realized that it’s possible to swap traditional cheese out with this delicious plant-based substitute with delicious flavor and texture.”

He continued: “Whether guests are dairy-free, vegan, flexitarian, or just enjoy great food, I’m excited to be able to provide them with more to choose from on the menu, knowing that the experience won’t disappoint.”

Marley joined forces with wellness brand One Farm to put together the range.

Called Ziggy Marley Apawthecary, the brand’s first product is the CBD-infused Romeo’s Agility Chews. The pet food, which is peanut butter-flavored, is made from shiitake mushrooms and turmeric, among other organic ingredients.

According to One Farm’s website, the chews help tackle inflammation and can improve dogs’ overall mental and physical health.