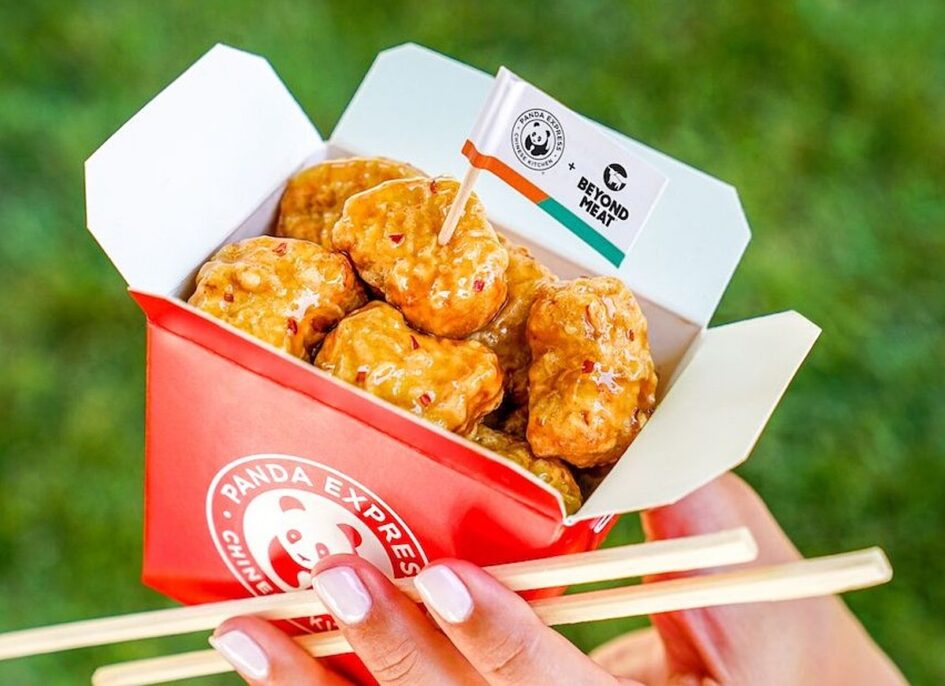 Finally, Panda Express is expanding the availability of its signature plant-based item, The Beyond The Original Orange Chicken, for customers across the country to try. Following a successful trial run in New York City and California, the fast-food company announced that it will expand its vegan orange chicken menu item to 70 locations across 10 states. The company partnered with vegan food giant Beyond Meat to develop the plant-based alternative to one of the chain’s highest-selling menu items since 1987.

The Beyond The Original Orange Chicken features the same signature tangy, spicy, and sweet sauce as its traditional counterpart, but with absolutely no animal-based ingredients. Beyond Meat developed a fried vegan chicken that replicates the texture and taste of the fast-food chain’s signature item.

“We’re excited to expand BTOOC to ten states across the US as we work to increase accessibility to plant-based options at consumers’ favorite restaurants,” Chief Growth Officer at Beyond Meat Deanna Jurgens said in a statement. “We’re proud to be Panda’s trusted partner in reenvisioning their iconic, best-selling dish and are confident that the Beyond the Original Orange Chicken will continue delighting fans who are seeking great-tasting, and sustainable protein options.”

A recent study from market data firm SPINS found that plant-based chicken is growing at a rate of 18 percent, nearly four times higher than the conventional chicken category. While plant-based chicken debuted in the retail market initially, more companies have started partnering with national fast-food chains as consumer demand becomes more widespread. The increased accessibility is motivating companies like Panda Express to partner with vegan food developers like Beyond – marking the chain’s first collaboration in this category.

“We saw such strong demand for Beyond the Original Orange Chicken during our initial launch in July 2021 that we’re excited to expand it to additional locations across the United States, allowing more guests to enjoy this delicious plant-based innovation,” Evelyn Wah, Executive Director of Brand Innovation at Panda Express, told VegNews. “With this latest expansion, we’re continuing to gain insight into guest demand and preferences in anticipation of a wider rollout in the future. As we collect learnings, we will continue to optimize the product for Panda’s kitchens and guests.”

Before the Beyond The Original Orange Chicken, Panda Express offered several plant-based main and side dishes. Some plant-based options include Eggplant Tofu, Super Greens, and Veggie Spring Rolls. Panda Express does not advertise these items as vegan due to cross-contamination, but none of these menu items contain animal-based ingredients. Here is The Beet’s current guide to plant-based eating at Panda Express.

Plant-based chicken is rapidly becoming widely available across the foodservice and retail sectors. Earlier this year, Beyond Meat made its plant-based chicken product available at more than 400 restaurants nationwide. Shortly after, the company expanded this distribution to retailers including Walmart, Safeway, Harris Teeter, Jewel-Osco, and more.