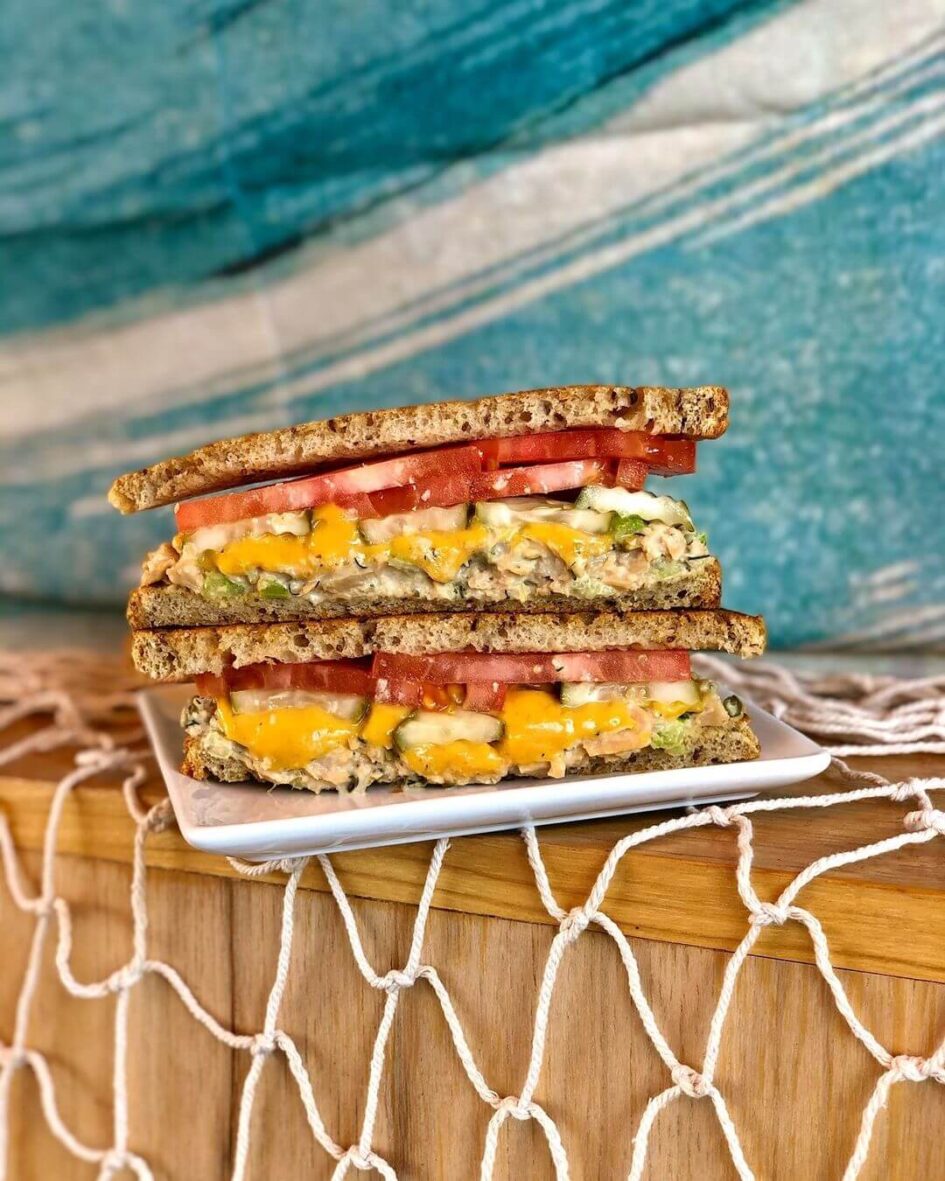 Holy mackerel, it’s already time to announce PETA’s company of the year! With brands eager to cater to the 47% of Americans who now want to incorporate more vegan foods into their meals, 2021 saw a tidal wave of vegan seafood options hit the market. And with flaky “fish” sticks so popular that supermarkets can barely keep them on freezer aisle shelves, the crispiest of vegan fillets, and the most savory plant-based crab cakes (the latter two proving irresistible to a formerly vegan-unfriendly fast-food chain), it was crystal clear which company netted this year’s award: Join us in congratulating vegan seafood company Good Catch! 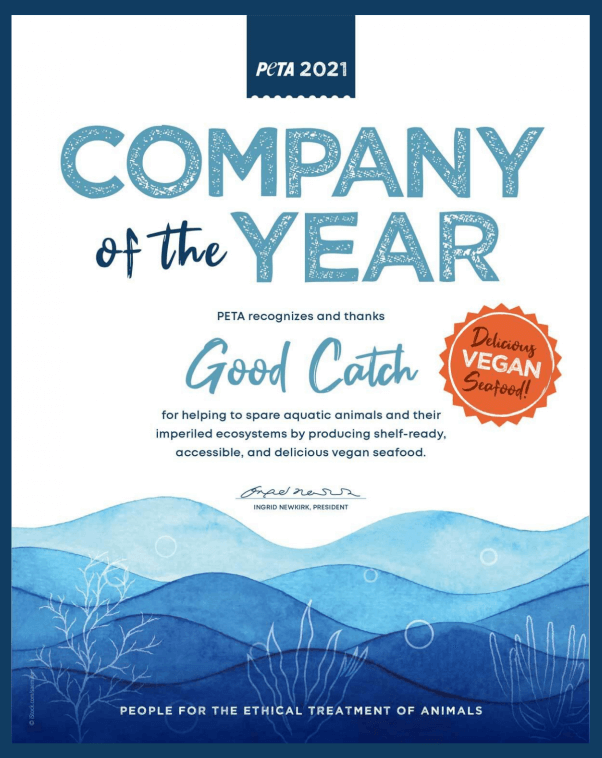 Thanks in large part to Netflix’s hit 2021 documentary Seaspiracy—which did to the fishing industry what Blackfish did to SeaWorld—more people now know that “bycatch” is just the fishing industry’s euphemism for the hundreds of thousands of its invisible victims. They also know that tuna can never really be “dolphin-safe” and that fishing is as environmentally destructive as burning down the Amazon to create more space for raising and killing cows for their flesh. More folks now recognize fish as the sentient beings they’ve always been—did you know, for instance, that crabs can be caring mothers? Or that tuna (when not torn from their ocean home and slaughtered for meat) can swim more than 100 miles in a day, with a top speed of 40 miles per hour? So thank goodness for Good Catch, which offers vegan fish options that are as delicious as they are (truly) dolphin-safe—not to mention, widely available at supermarket chains, fast-food chains, and other stores around the U.S.

Our oceans are in trouble. Sensitive aquatic animals don’t want to die for human dinners. Good Catch is bringing us one step closer to the sustainable vegan planet we all need.

After pressure from PETA—including billboards and vegan fish giveaways with mermaid mascots—and after receiving e-mails from tens of thousands of our supporters, even longtime PETA target Long John Silver’s dove right into the wonderful world of vegan seafood, becoming the first major chain to offer faux fish and cruelty-free crab, testing and selling out of Good Catch’s crispy vegan fillets and savory vegan crab cakes earlier this year.

Good Catch made waves in 2021 among other fast-food giants, too. Following Subway’s tuna controversy, an “OurWay” Good Catch vegan food truck took to the streets, handing out free fish-free tuna subs outside Subway stores. Good Catch also took to Instagram to urge Subway to do better for the planet and all its inhabitants: “So… @subway we couldn’t help but notice you refreshed your menu with some awesome-sounding subs, but you kept your tuna the same. Hey, we say it’s never too late to change. Let’s team up and go #FishFreeForGood!” In a letter to Good Catch, Subway then revealed that it’s “adding more plant based options to its menu to meet growing consumer demand for meat free alternatives.”

With three different flavors—Naked in Water, Mediterranean, and Oil & Herbs—Good Catch’s shelf-stable, versatile plant-based tuna offerings are a favorite among consumers, too.

Leaving fish off our plates and in peace is as crucial to them as it is to our own health and the planet. If you’re already vegan, right on—but there’s still work to be done. Never underestimate the lifesaving power of giving someone vegan fish. At the supermarket, before you check out, grab an extra pack of Good Catch New England–style crab cakes, pay for it along with your other items, and then explain to the customer behind you that tonight’s dinner is on you and that you hope they enjoy the vegan goods. Or the next time you hit Veggie Grill with a pal, treat them to a “tuna” melt. These small gestures on your part could be the first step in someone else’s vegan journey.

Do More: Order a Free Vegan Starter Kit for a Friend

Consider encouraging your friends, family, and other social media followers to take action for fish, too: