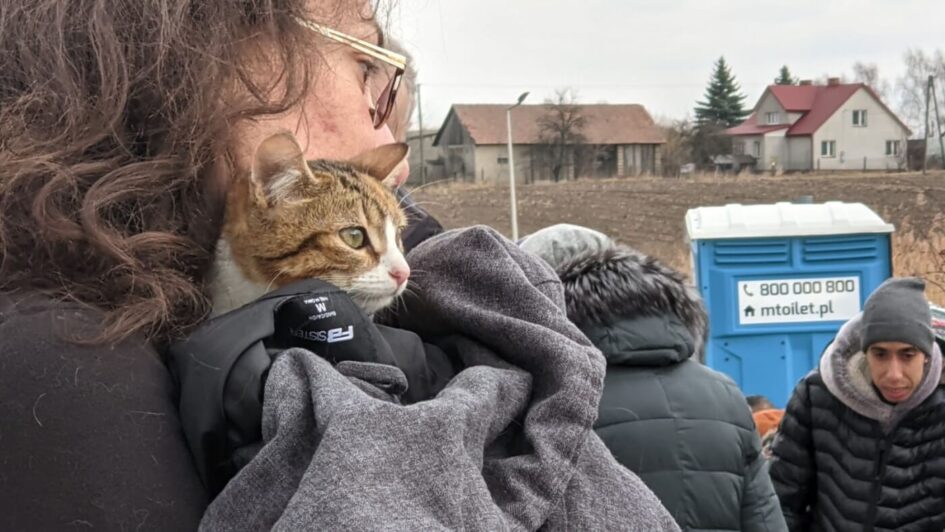 Shortly after Russia attacked Ukraine, animal welfare organizations and humanitarian organizations made their way to the border areas to provide aid to those in need. A team from PETA Germany also traveled to the Polish border on Friday, the 25th of February 2022, to provide on-site assistance. As of February 27, 64 civilians have been killed during Russian attacks, according to UN figures. More than 130,000 people are on the run—many of whom have their animals with them. 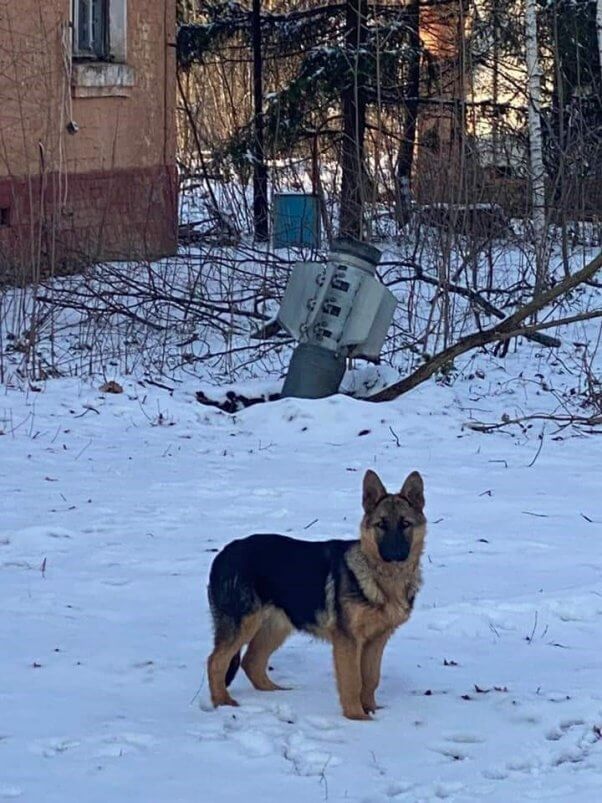 Immediately after arriving at the Polish border, PETA Germany’s team rescued a cat who was carried by their owner over 37 miles from the war zone. The cat’s guardian was cared for by PETA Germany as well as other organizations. Among other things, the woman was provided with a wheelchair and medical care. PETA Germany reports numerous people crossing the border with severe hypothermia on their limbs. The situation is dramatic and confusing. Hundreds of people, with and without animals, arrive in Poland weakened and injured. Due to the numerous traffic jams, many people leave their cars and walk towards Poland, Romania, and Hungary. PETA plans to bring 44,000 pounds of animal food to Ukraine. 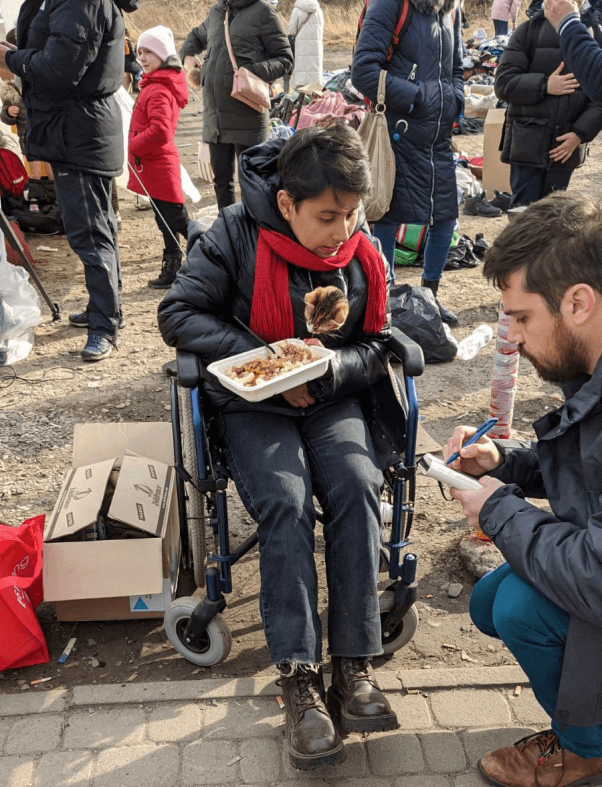 As of 27th February, 3:31 p.m., the PETA Germany team is following a call for help where several dogs are crossing the border together with their humans and need urgent care. All involved are completely debilitated and frightened. 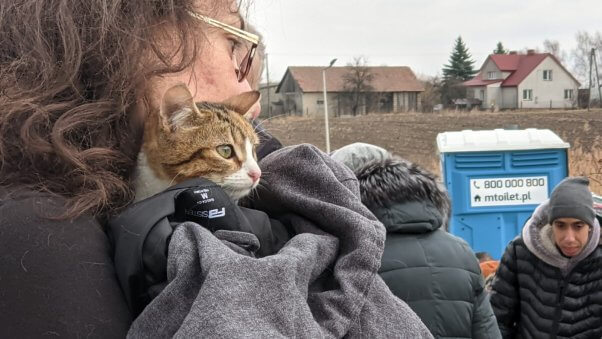 PETA Entities worldwide appealed to the EU on February 25, 2022 to temporarily suspend the legal entry requirements of animals at EU borders. According to official regulations, animals such as dogs and cats must be vaccinated and chipped to enter the EU – unfortunately many of those who need to flee are not. After PETA’s pleas, Poland, Romania, and Hungary have temporarily relaxed the regulations – but implementation remains complicated on the ground. PETA and PETA Entities have received inconsistent information about the exact implementation of the temporary guidelines at the different border stations.

Food for Animals in Need 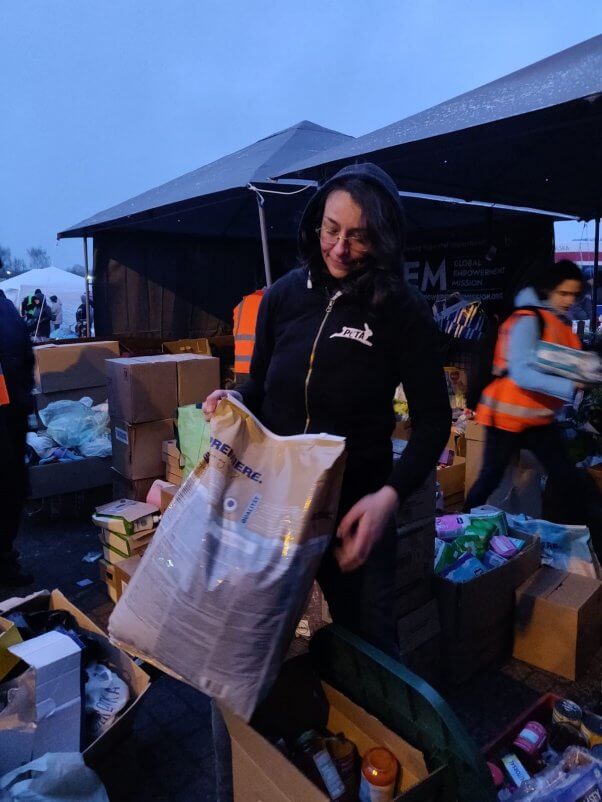 Animals from Ukraine Need Your Help