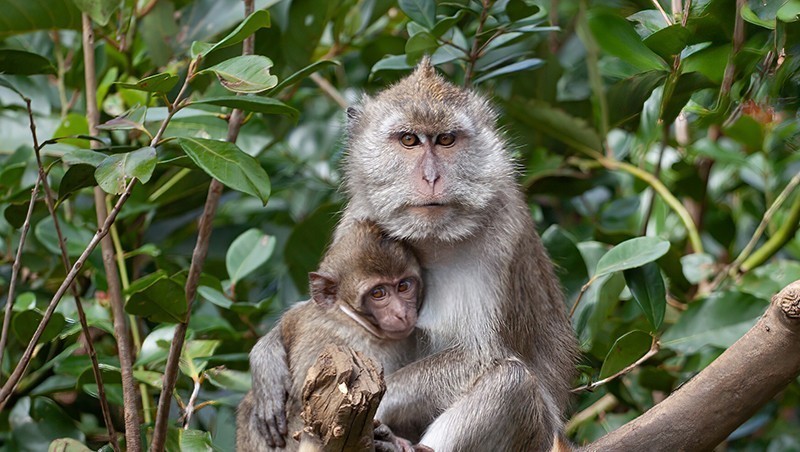 We’ve received disturbing reports from airline insiders that Wamos Air, which is owned in part by Royal Caribbean, is transporting monkeys for use in U.S. laboratories.

Information given to PETA indicates that Wamos Air transported 720 long-tailed macaques, crammed into 144 wooden shipping crates, from Cambodia to Houston, via Madrid, on August 19, 2021, on Flight EB974. The sensitive monkeys endured a 13.5-hour flight from Cambodia to Madrid and another 10-hour flight to Houston, plus an unknown amount of time spent waiting at the squalid farm where they were packed into crates and at the airports in Cambodia and Madrid, all while sitting in their own feces, urine, and blood—terrified of what would happen next. After arriving in Houston at 7:17 a.m., the animals were packed into trucks and taken to their final destination: a laboratory where they will be locked in cages, tormented, and used in painful and potentially deadly experiments.

We contacted Wamos Air’s executive team multiple times to ask them to reconsider their involvement in this cruel industry and stop shipping monkeys to laboratories immediately.

Royal Caribbean is a part owner of Wamos Air, and we’ve asked it to adopt a companywide policy against transporting monkeys to laboratories as well. No ethical company should want its name tied to this cruel and sordid trade, and it’s time for Royal Caribbean to speak out for animals and stand up against any company transporting animals destined for experimentation.

Wamos Air: Stop Sending Monkeys to Laboratories!
PETA, our supporters, and the public have persuaded nearly every major airline in the world to stop transporting monkeys to laboratories, yet it appears that Wamos Air is involved in the cruel trade in primates for experimentation.

Every year, thousands of monkeys are transported to the U.S. to be imprisoned in laboratories and tormented in experiments in which they’re often cut open, poisoned, crippled, addicted to drugs, shocked, and killed. These sensitive individuals are bred in captivity on cramped, squalid factory farms. Their parents and grandparents were torn away from their families and homes in nature and traumatized again when their babies were snatched out of their arms at the breeding farms. When it’s time to be shipped off to certain torment and excruciating pain in a laboratory, the monkeys are crammed into small wooden crates and transported in the dark and terrifying cargo holds of planes for as long as 30 hours. Once they arrive in the U.S., these sensitive monkeys wait in fear until they’re loaded into trucks and transported to infamous facilities like Covance (now part of Envigo), which reportedly bought the shipment of 720 monkeys that arrived on Friday.

Like all primates, monkeys are highly social animals who live in tight-knit groups and use vocalizations, body language, and facial expressions to communicate with each other. In laboratories, they’re deprived of everything that’s natural and important to them.

Please write to Wamos Air and Royal Caribbean and ask them not to send monkeys to laboratories or be involved in this cruel industry in any way. The airline and its investors should join other industry leaders that prohibit shipments of primates destined for laboratories and laboratory suppliers.

You’re welcome to use our template letter, but putting your subject line and message into your own words will help draw attention to your e-mail.