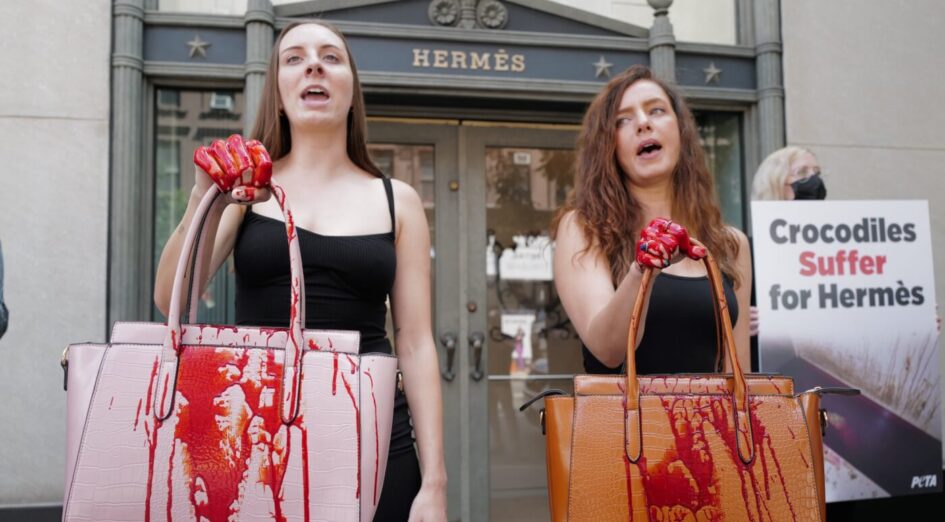 PETA’s demonstration was part of a massive international campaign by animal rights organizations featuring protests around the world—including in Australia, England, France, Germany, and Spain—and including a global digital protest using the hashtag #DropCroc. The exotic-skins industry is a bloody and cruel business. Hermès must stop factory farming animals and join Chanel, Jil Sander, and the many other designers turning away from exotic-animal skins in favor of innovative, ethical, and sustainable materials for which no one has to endure horrible living conditions and a violent death. In order to pressure executives from the inside, PETA became a Hermès shareholder in 2015 after exposing cruelty at reptile farms in Texas and Zimbabwe that supplied a Hermès-owned tannery. In 2016, a PETA exposé revealed the suffering of young ostriches at an exclusive ostrich-leather supplier to Hermès.

We won’t let up until the company makes the conscientious decision to ban all exotic skins. You can support our efforts by calling on it do just that: