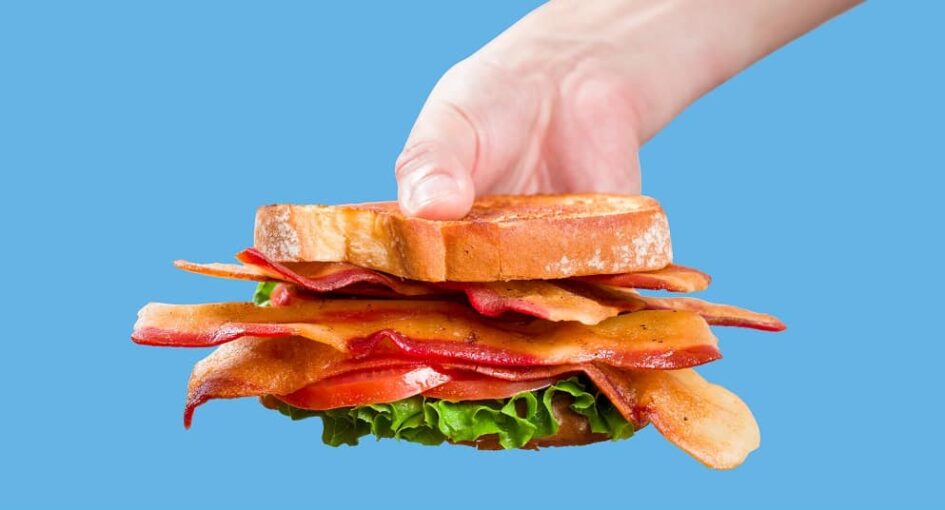 Plant-based Bacon Is Here! Sri Artham, CEO and Founder of Hooray Foods is on The Plantbased Business Hour – vegconomist – the vegan business magazine

A clip and transcript from their long-form conversation is below.  The

Elysabeth: What would you like your legacy to be? And it can be about your endeavor with bacon or something else.

Sri Artham: You know, there’s a podcaster I really love, John Green, who also wrote The Fault In Our Stars and some other movies and books. I think he talked about this giant ball of paint he visited somewhere in South Dakota or somewhere in that part of the country and he was saying that with this ball of paint anyone could come along and add a coat of paint to that ball and make their impact. I think now it’s the size of a single room, like probably as big as the room I’m in right now. And he said all any of us can really hope for, anyone is trying to change the world, is to add as thick a coat of paint as possible. No single person alone can probably change the course of where humanity is going, but we can try to do as big a job as possible.

So I would love to see people- I don’t know maybe it’s a ten or twenty or thirty percent reduction in pigs in the world, there’s something around 75 million pigs on U.S. farms today. If I could say thanks to Hooray that number is down to fifty or sixty percent or made a measurable difference, then I’d feel like I’ve done my job.

Elysabeth: I am so grateful to hear you say this. I would love to see Hooray Foods’ bacon make that kind of impact.

I can’t even believe I’ve gotten this far into the podcast without saying pigs are extremely intelligent. They’re much smarter than dogs. When there was the North Carolina flood, which is where the majority of the pig factory farms are, many of the pigs were able to unlock their crates and get out because they’re able to figure out doors and locks. And then after getting out themselves they would go and try to help their babies and then other pigs.

They’re very community and family-oriented and the mothers sing for their babies when nursing. I mean they don’t sing lullabies that we sing but they sing in their language. There are specific things they do when they’re nursing. It’s awful what pigs go through because they’re so smart and I always wonder what’s worse? Of course, I don’t ever want to see chickens harmed, but I often wonder what’s worse? The horror that is dairy that is built on breaking the bond between mother and baby and that’s what dairy is: Force impregnation, steal that baby calf, break then bond and then you can capture all the milk. So, you’re just forcing this longtime suffering from these entities that are biologically meant to be together, or pigs who are so smart and so concerned about their babies and know what’s going on.