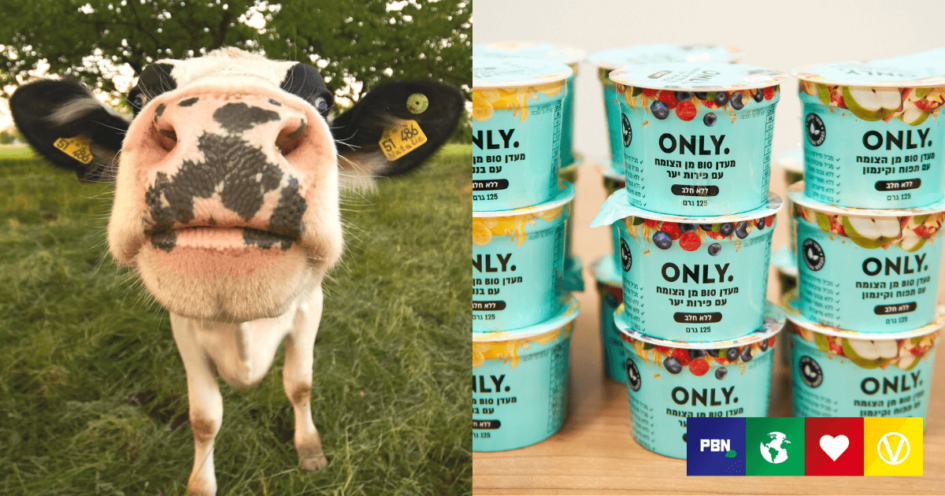 Perhaps the biggest indicator that the vegan movement is thriving is the amount of money being thrown at plant-based brands around the world.

Here is this week’s roundup of the latest vegan business news.

The 48,000-square-foot facility will lift the brand’s production and distribution capacity. It has also created more than 100 jobs.

“Demand for plant-based produce is increasing rapidly and in recent months our operations have been stretched to capacity. Opening our second plant-based factory will help us to fulfil both existing and new opportunities and is testament to our belief in the category,” Tom Faulkner, head of plant-based at Winterbotham Darby, said in a statement:

“Our additional production capacity will support strong demand for these products and allow us to introduce these and the rest of the range, to a bigger audience than ever before.”

Yofix Probiotics, a vegan dairy brand based in Israel, just scooped $3.5 million in a recent Series A funding round.

The Millennium Food-Tech led the funding round. The investor – which also backs cell-based meat company Aleph Farms – has said its investments mark an ‘investment in the future of food for everyone’.

The start-up uses sunflower seeds, oats, lentils, and coconut to make its products.

Singapore’s Shandi Global just acquired $750,000 in a seed funding round. The plant-based chicken brand will use the funds to build a manufacturing facility in Singapore.

Most (around 80 percent) of the food produced there will be exported to China, South-East Asia, and North America, as well as regions in Africa.

But more options are on the way. CEO Dr Reena Sharma told FoodNavigator-Asia that the company plans to dip its toes into the snack, dairy, and baby food categories.